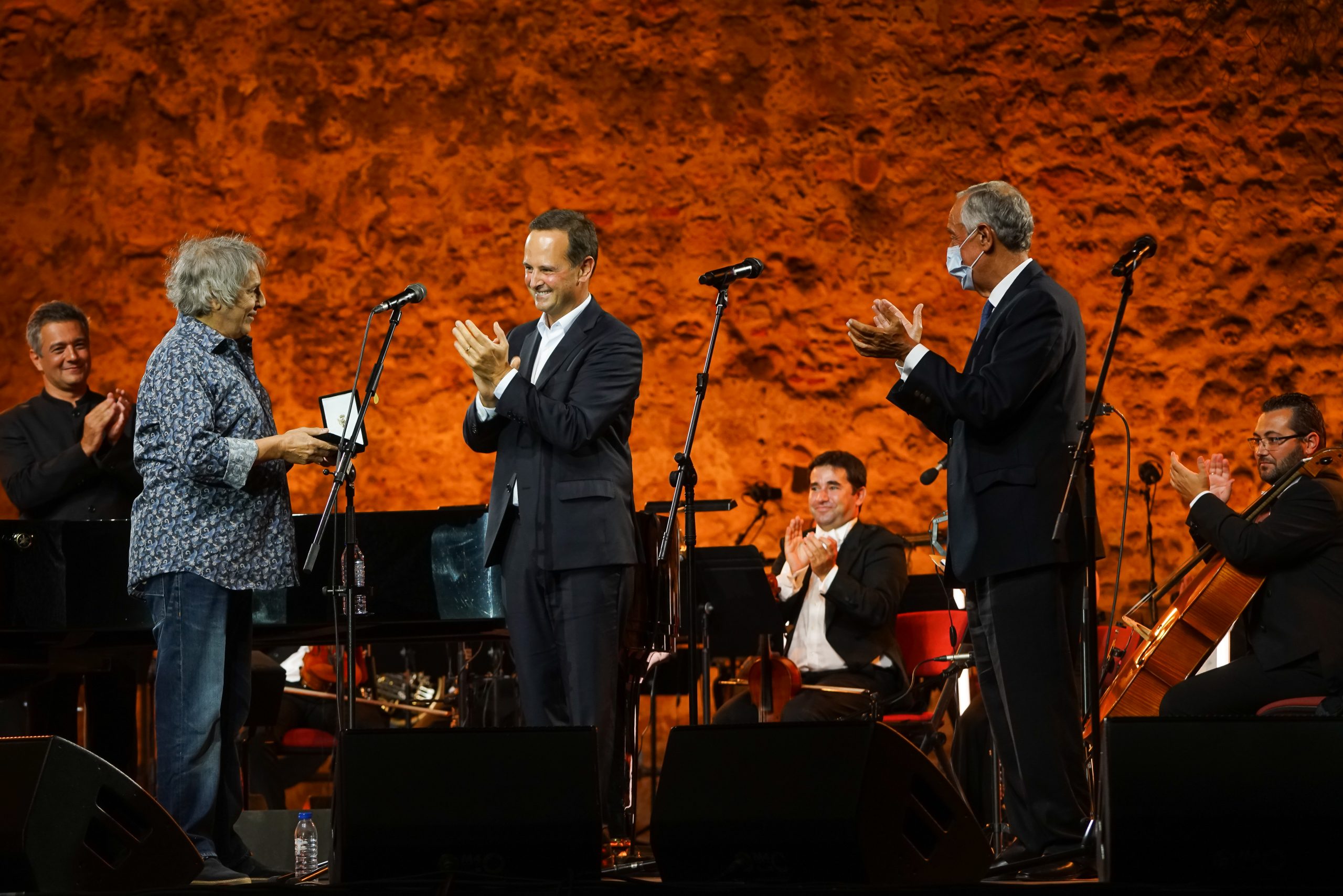 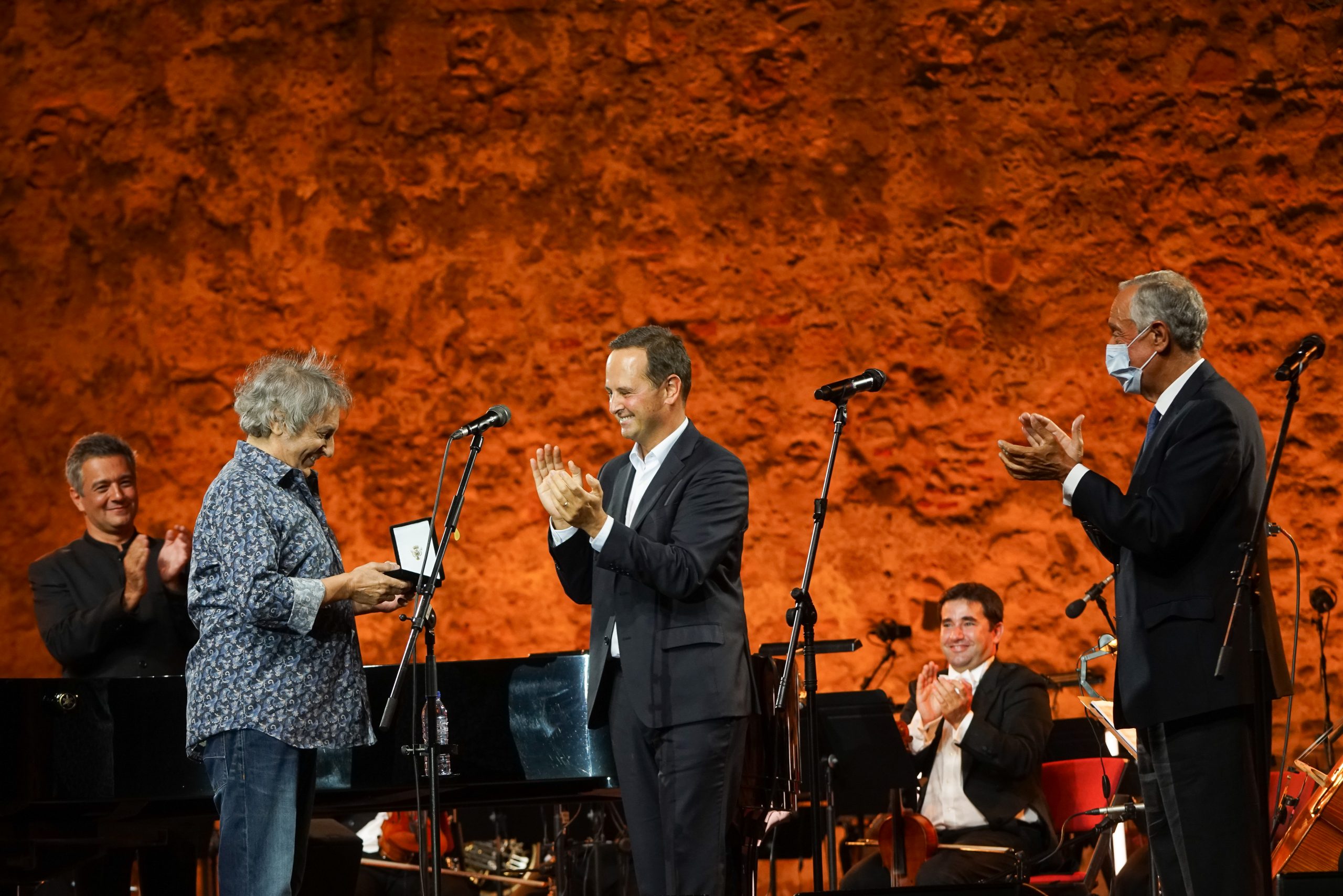 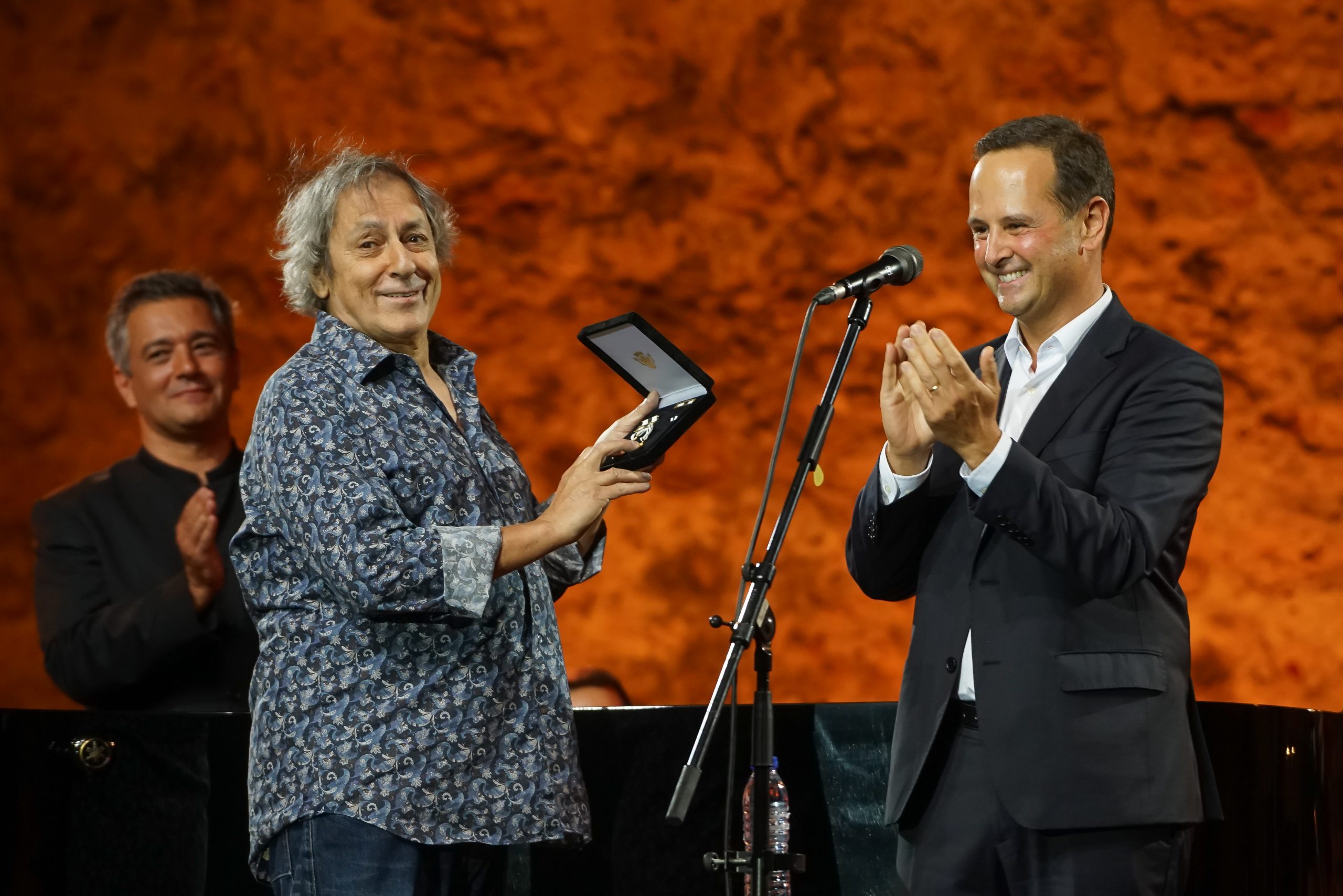 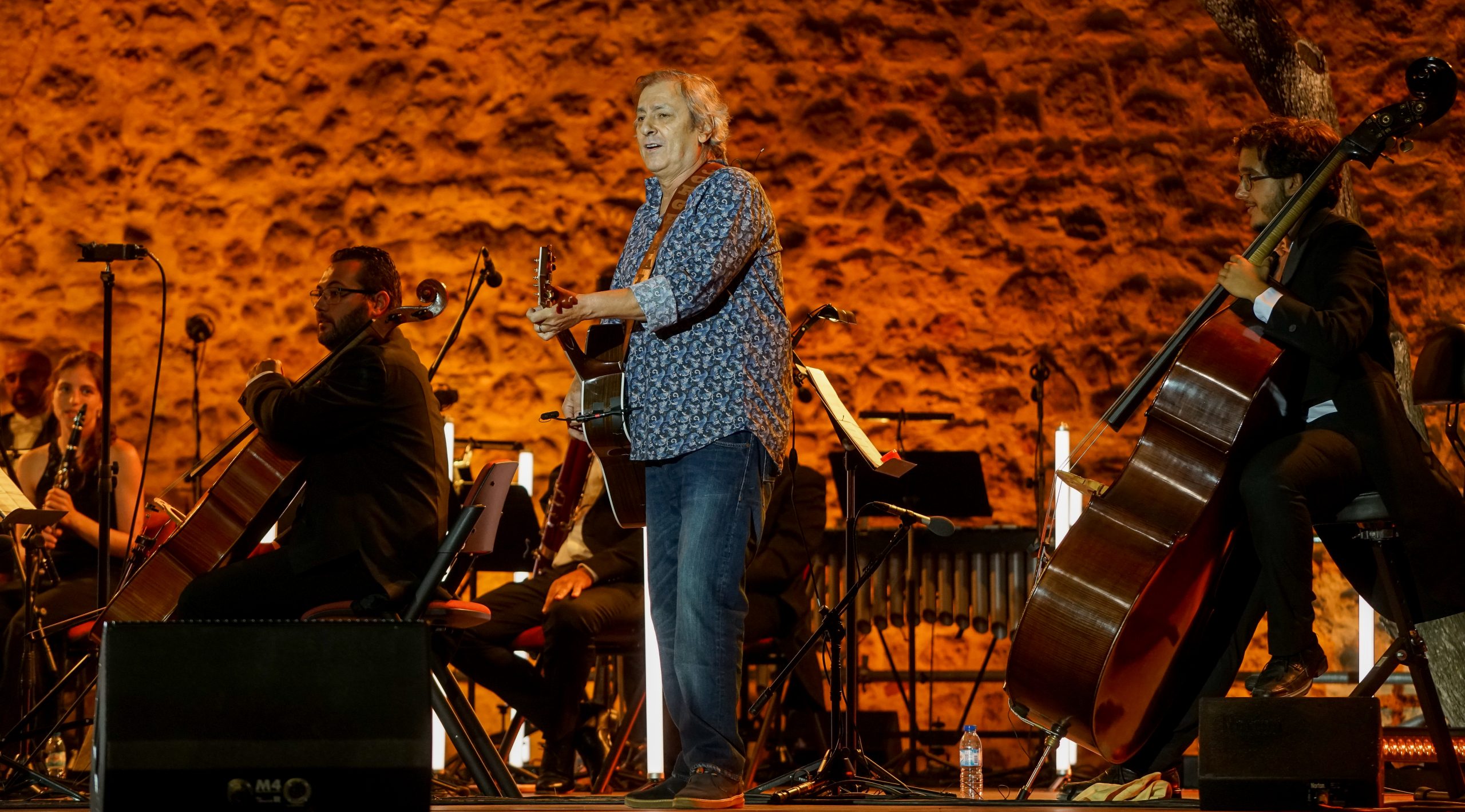 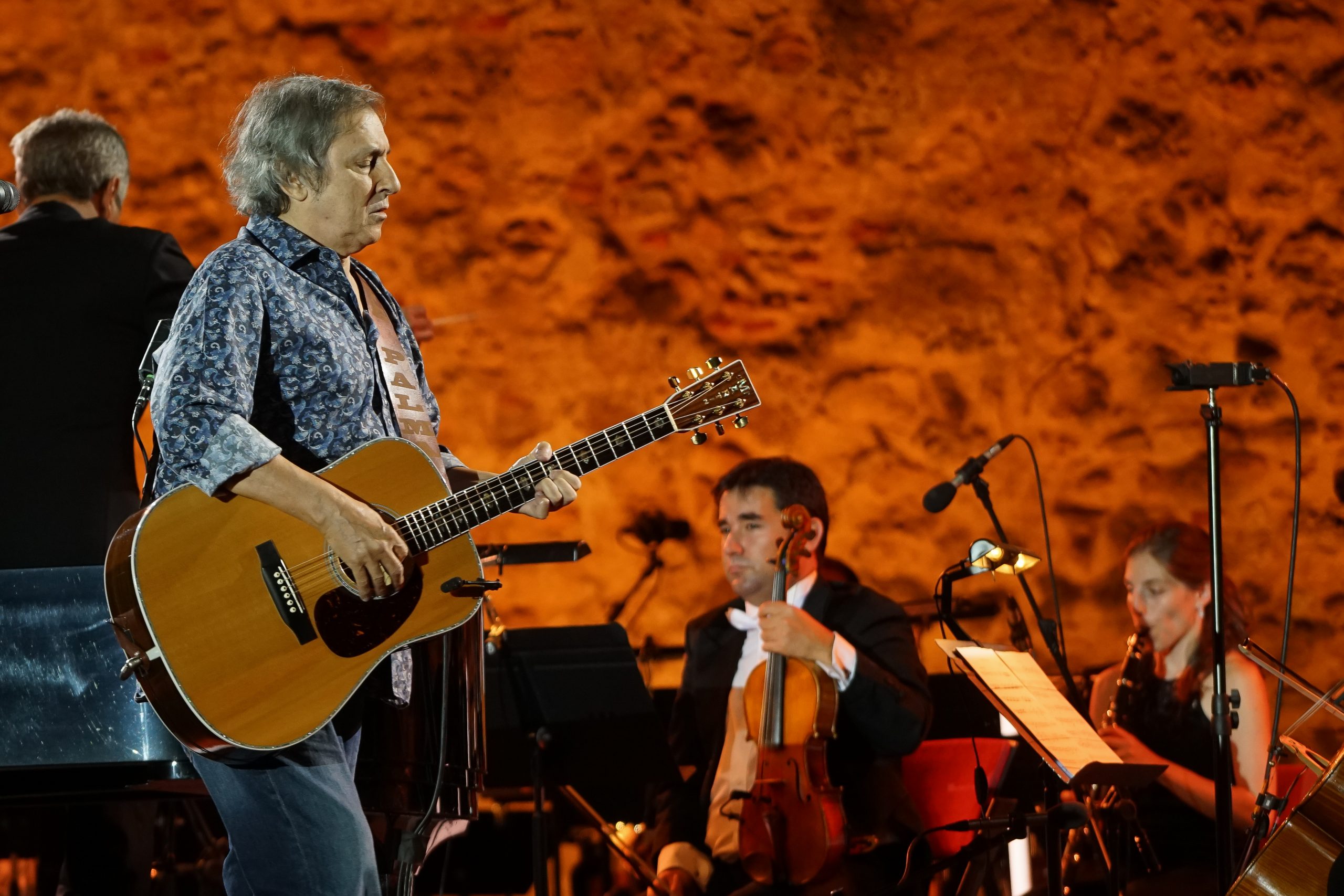 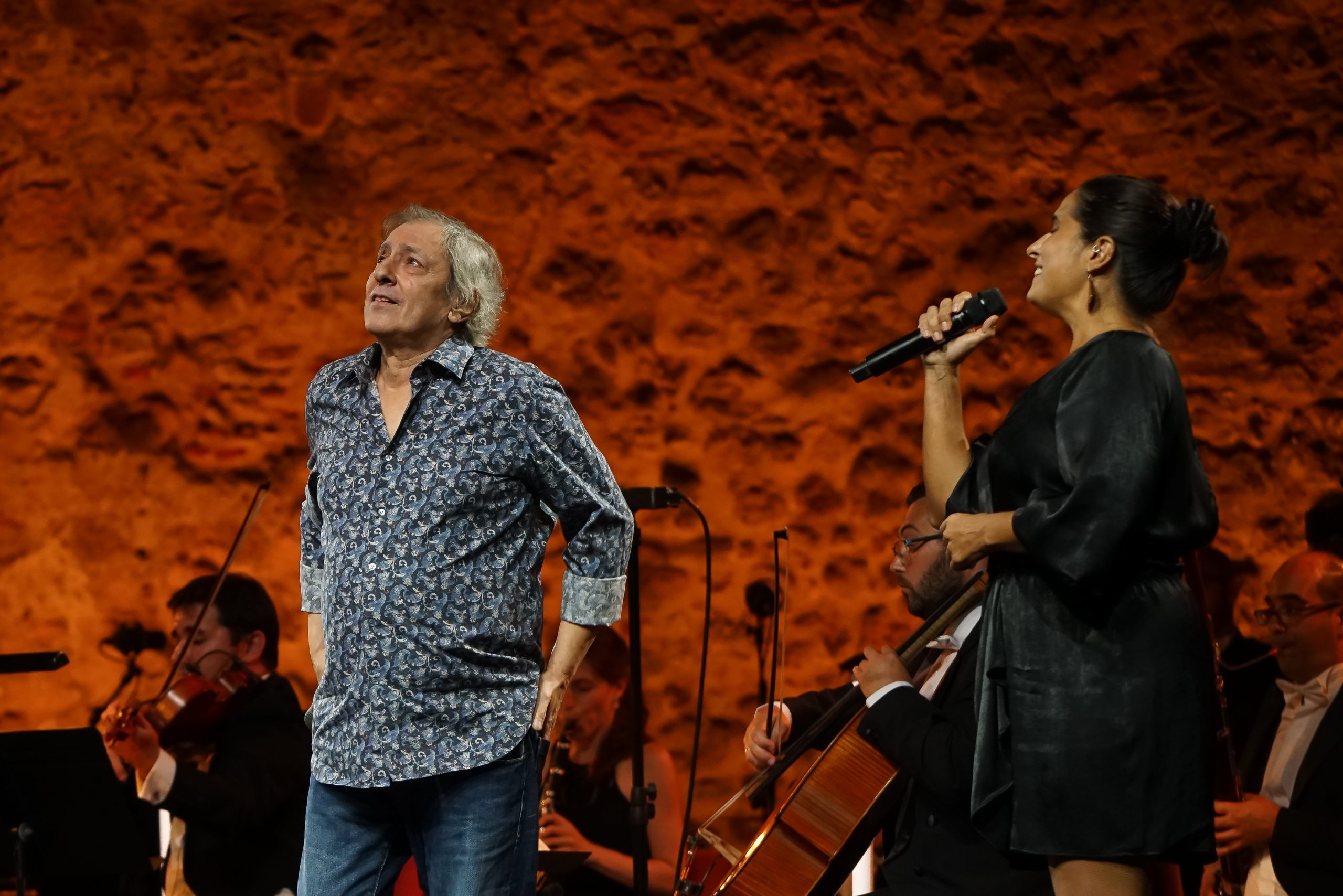 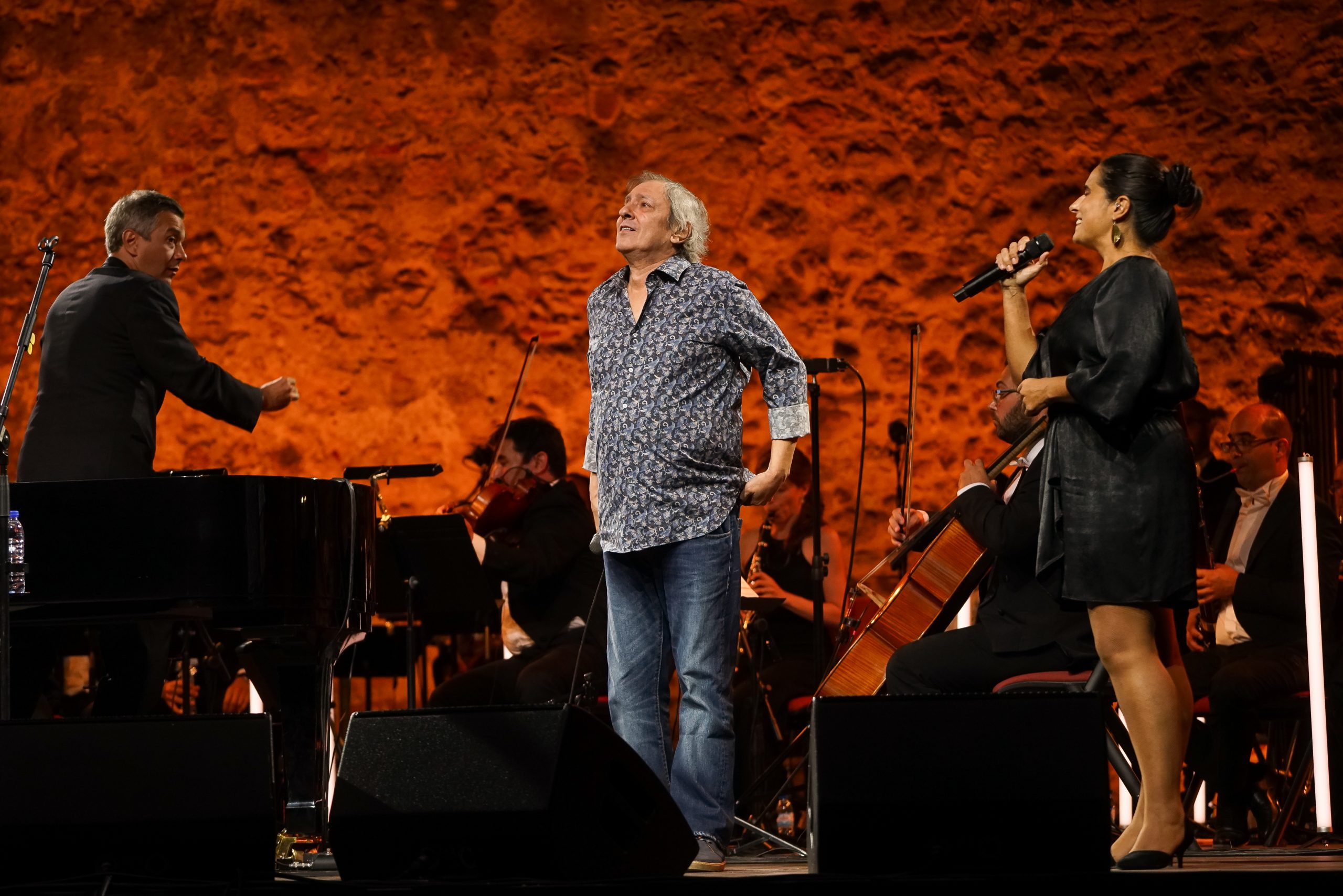 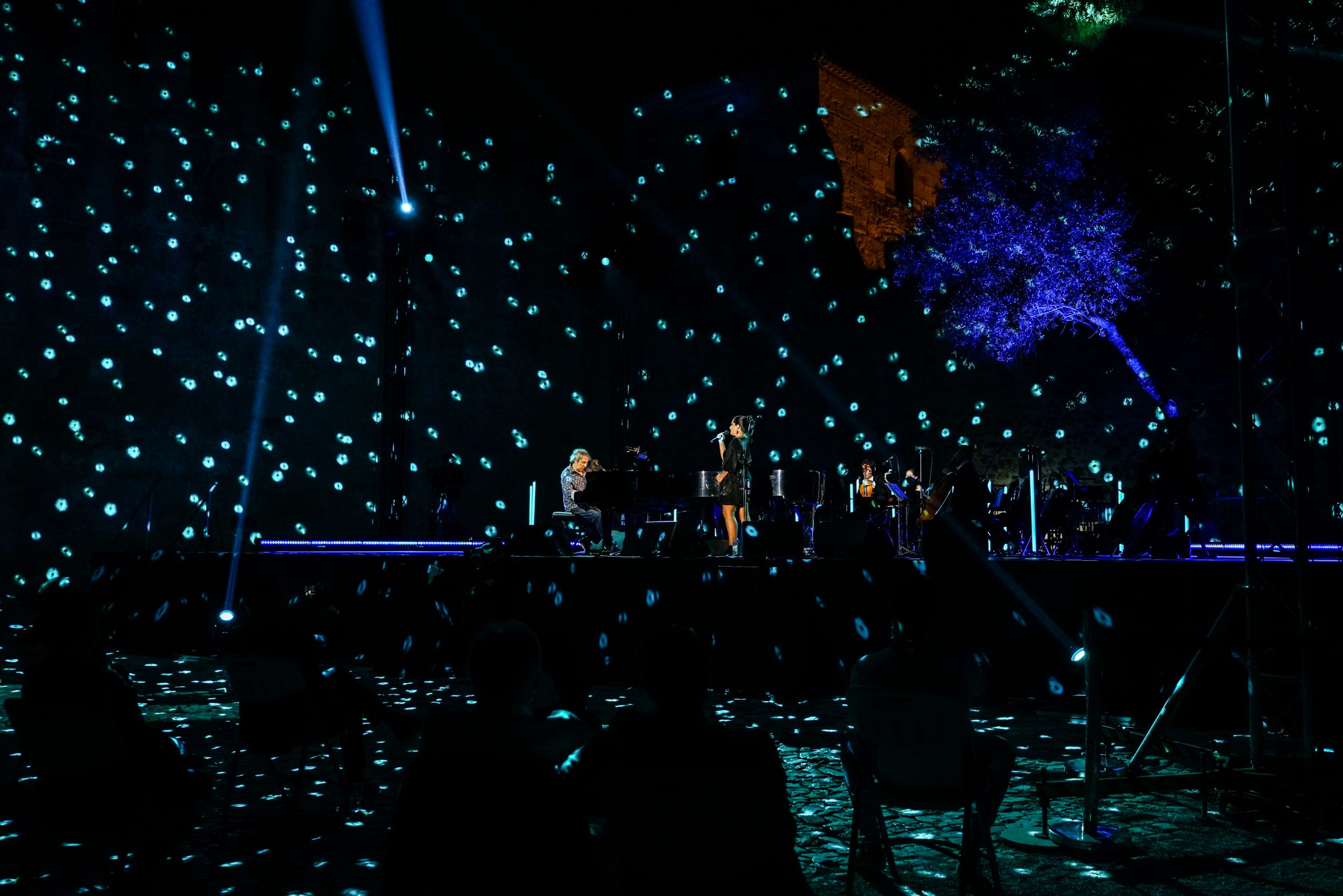 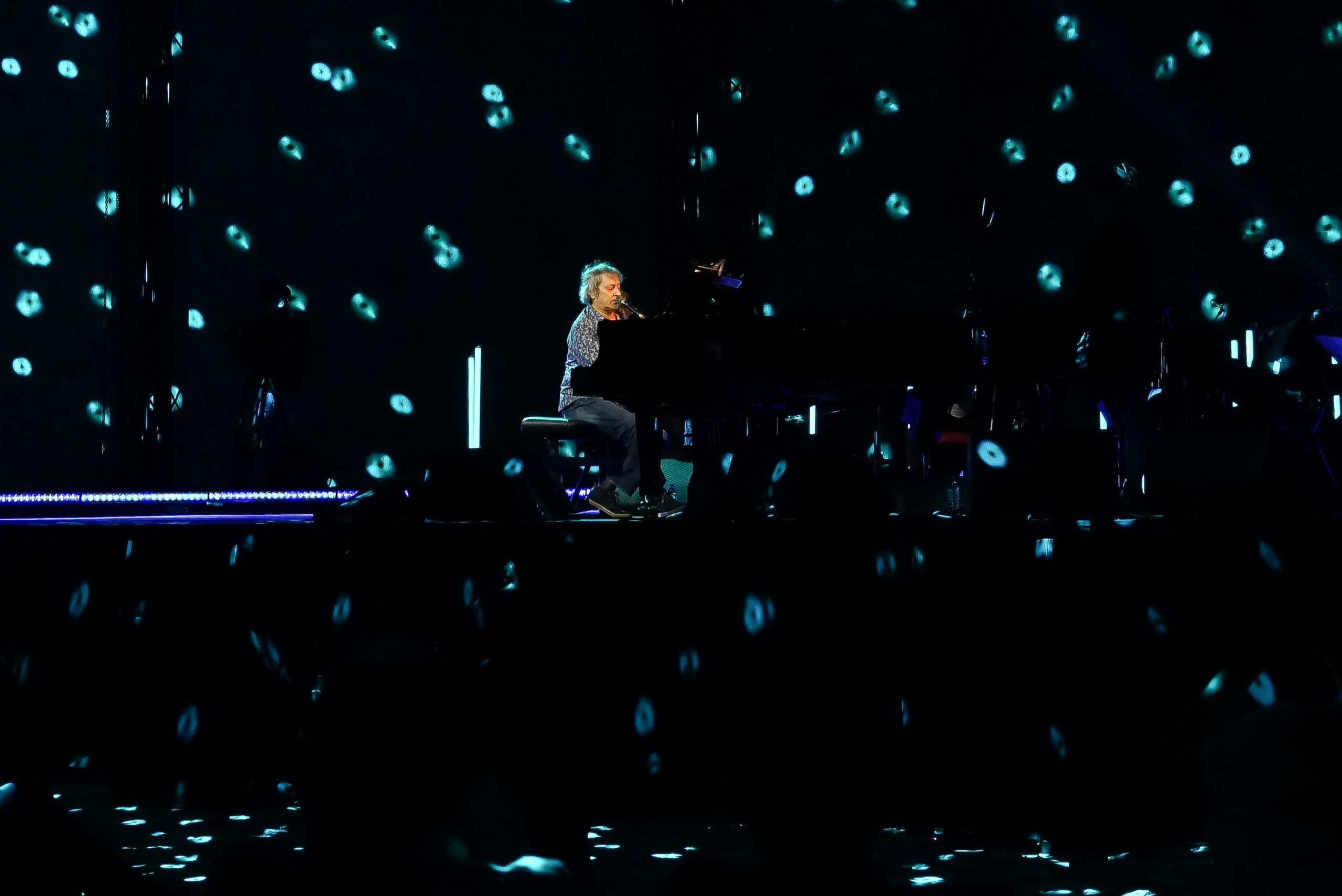 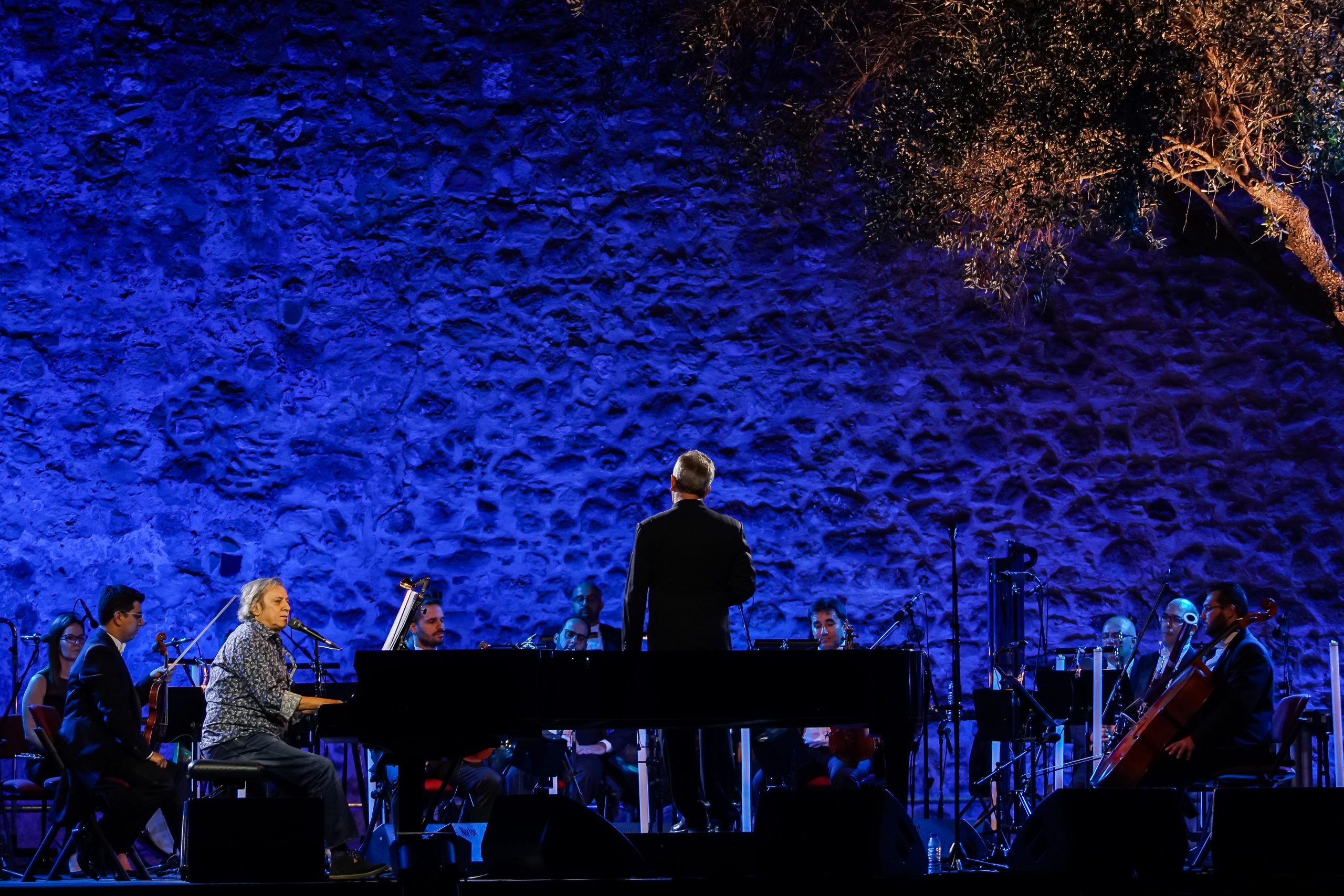 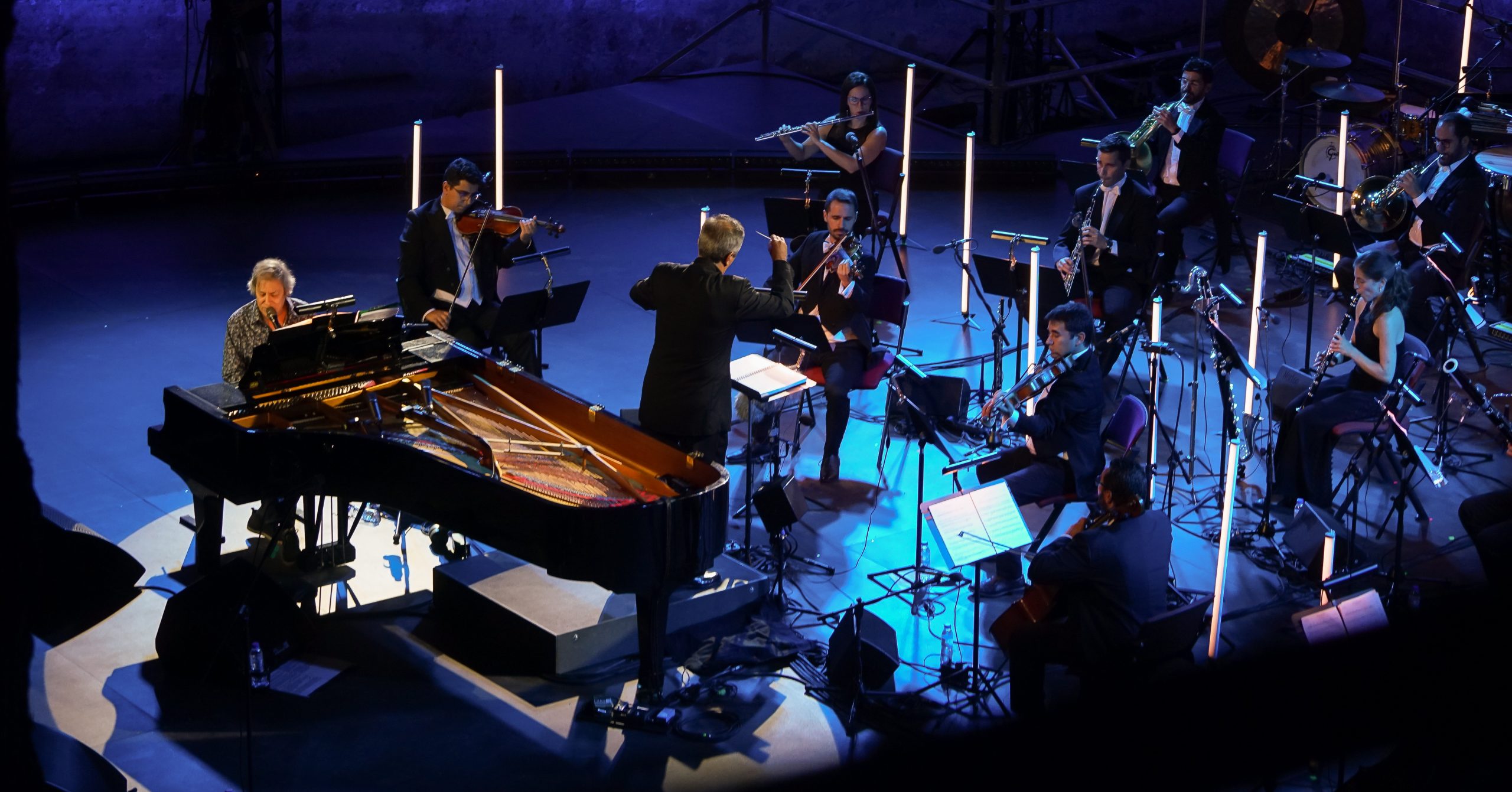 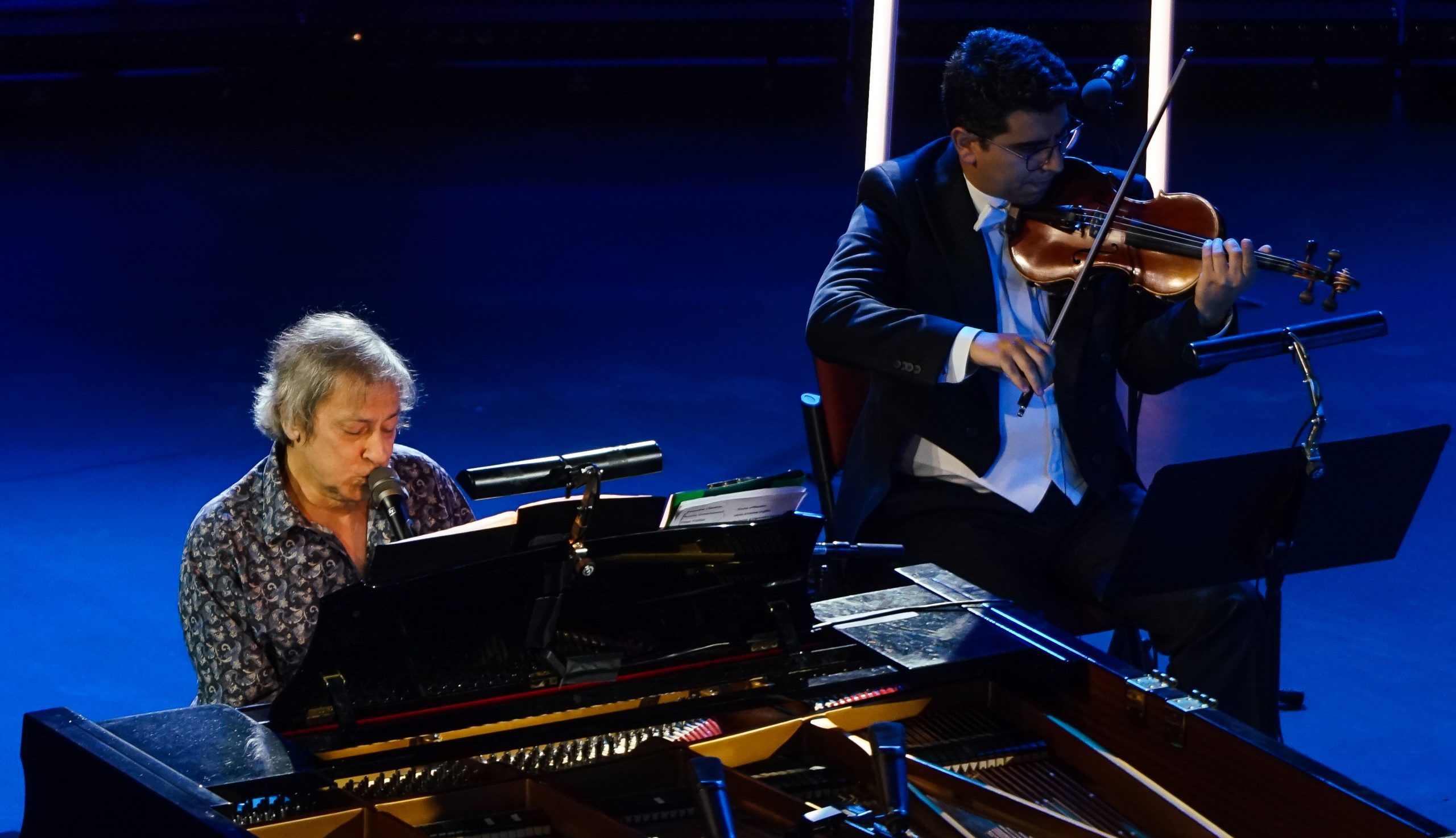 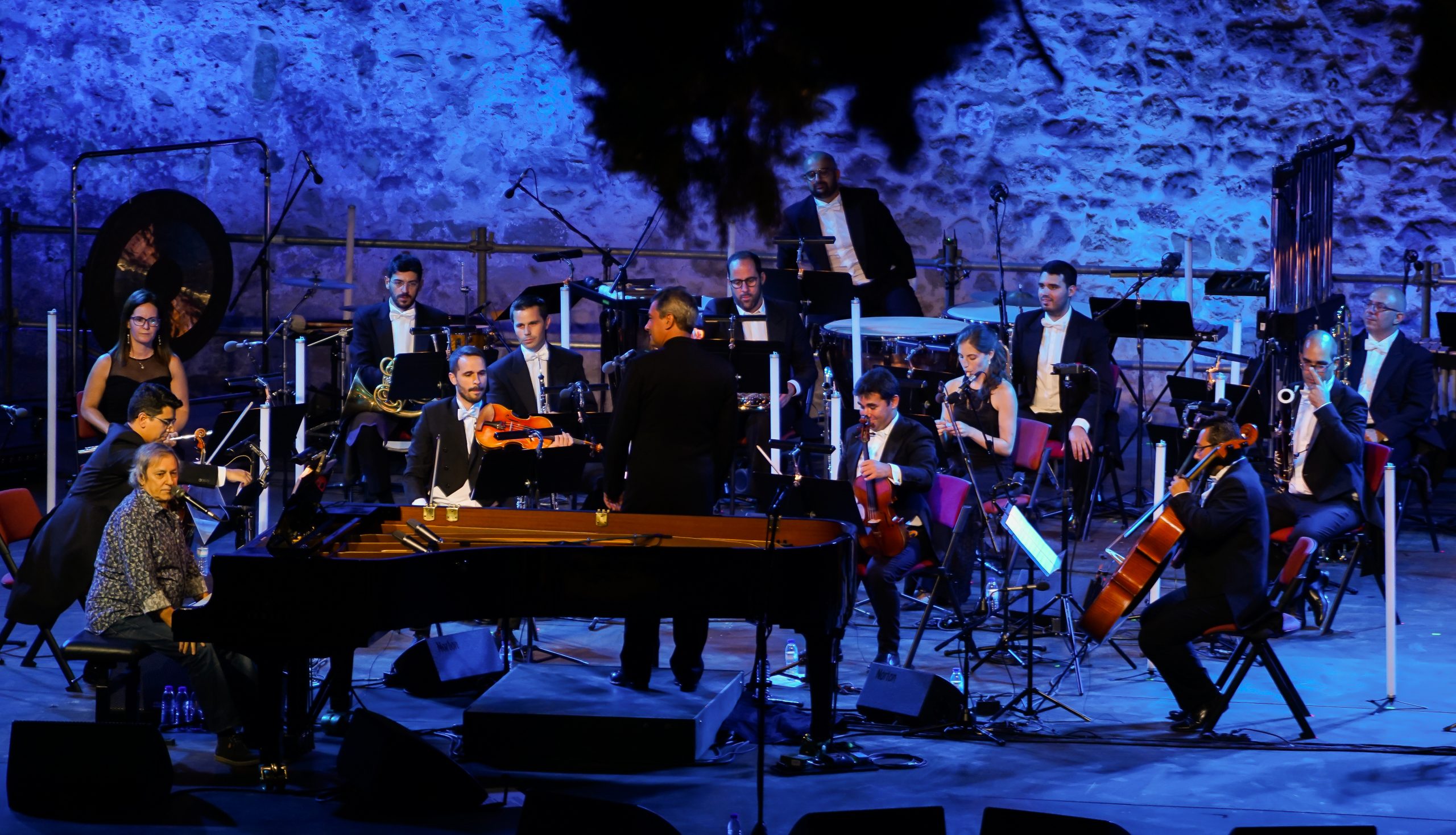 It took place on the 12th of September, in a secret location in the City of Lisbon, which among others was attended by the Mayor of Lisbon and in the final part by the President of the Republic.

This was a very special concert for Jorge Palma, as it was a very intimate concert, where he was accompanied by an orchestra of 13 elements, brilliantly conducted by conductor Cesário Costa.

Solo, just to the sound of the piano, Jorge Palma sings “Passeio dos Prodígios” and “Valsa de um Homem Carente“. With Cristina Branco, a longtime friend of the honoree, and on a stage full of blue stars, they enchant with “Estrela do Mar“, one of the most beautiful moments of the night.

In a duet they also sing “Ai Margarida“, a poem by Álvaro de Campos and music by Mário Laginha. This is followed by “Essa Miúda” and “Encosta-te a Mim“, for many one of the most emblematic terms of Jorge Palma‘s career.

Honors Sérgio Godinho and sings “Portugal, Portugal” and their first Duet “Na Terra dos Sonhos“. Jorge Palma thanked the presence of all those present at the concert, wished everyone well, and ended his show with “Jeremias, O Fora da Lei” and “Agente vai Continue“.

At the end of the concert, the Mayor of Lisbon took the stage to greet Jorge Palma and congratulate him on his 70 laps in the sun, surprising him with the delivery of the Medal of Cultural Merit of the City of Lisbon. The President of the Republic, Marcelo Rebelo de Sousa, also takes the stage for the final tribute, promising Jorge Palma a national tribute.

Great production by Câmara Municipal de Lisboa and EGEAC, was not very public for such a “big” concert, and as the Mayor of Lisbon said, “70 more come, and as the music says ‘while there is a road to walk’ come more laps in the sun.”

Jorge Manuel de Abreu Palma, Jorge Palma, was born in Lisbon on June 4, 1950, is a musician, singer and composer. 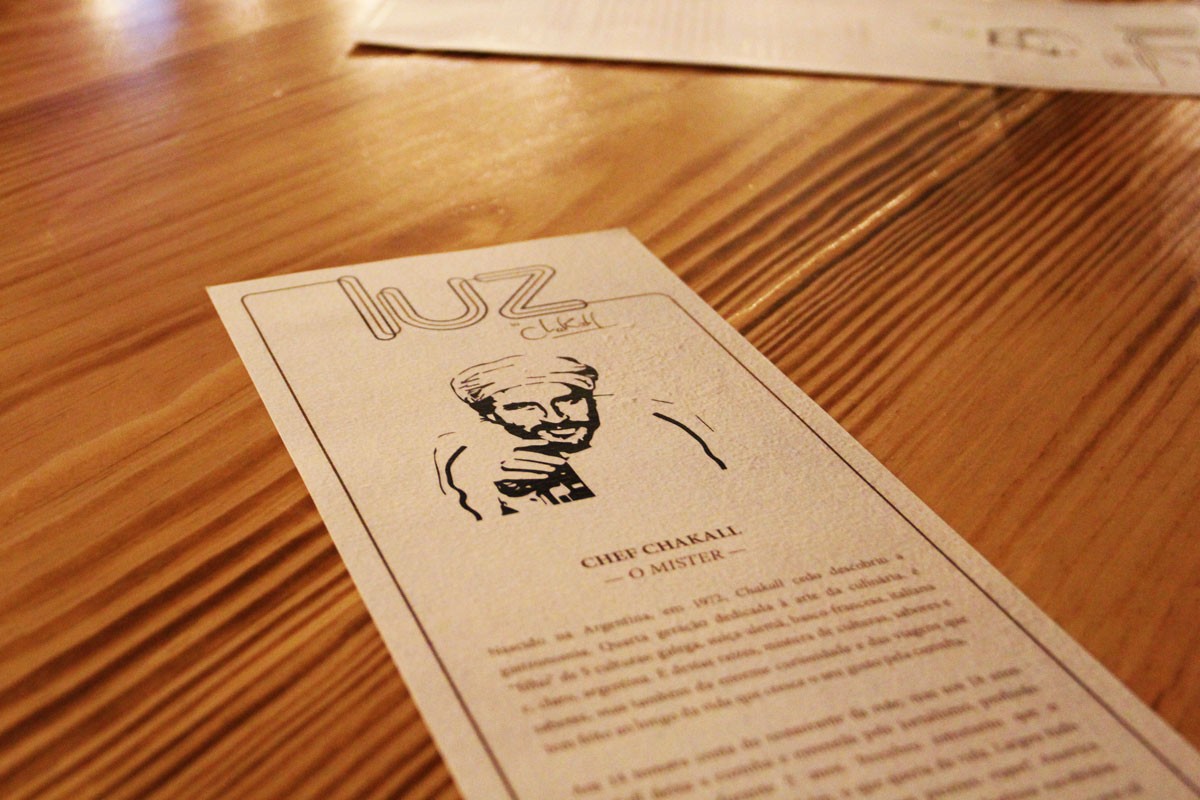