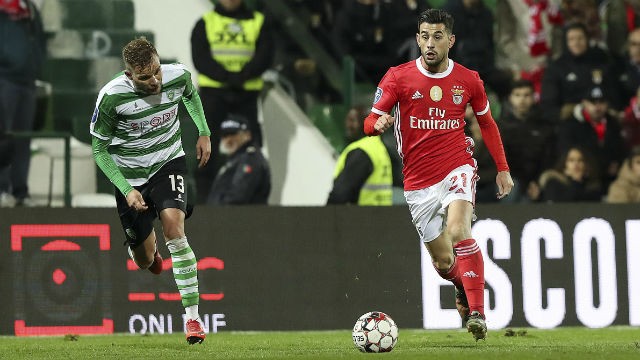 With Covilhã scoring early in the next half, it was Jota who saved Benfica from defeat with a late goal.

It was with a 1-1 draw that Benfica left Covilhã on matchday two of the League Cup. The Lisbon team did not get along well with the cold of Covilhã and had to lose since the beginning of the second half.

Sporting da Covilhã was the first to create danger in the game by Adriano Castanheira, at 5 minutes and was, Zlobin, who sent the goal.
Already Benfica in the 12th minute created a danger move by Gedson hit the post, and then by Raul de Tomas with a good shot, which Bruno opposed magnetically.

It was really Covilhã to finish the first half with a shot from Adriano Castanheira with a shot to clear the bar.

But early in the second half, Covilhã did not fail and Bonani took advantage of Benfica’s defensive error and opened the scoring.

Bruno Lage who had changed the team at the break with the replacement of Florentino by Carlos Vinicíus, made two more changes, enter Taarabt and Pizzi, leaving Zivkovic and Samaris.

Benfica took the field and gave Covilhã the lead and after 82 minutes they managed to score, after a poor relief from the defensive team of Covilhã, with a low shot Jota gave Benfica trouble.
They still tried to win, but the draw turned out to be the end result.

Benfica is now relying on going ahead in this match result test between Vitória SC and Vitória FC, everything is decided on the last matchday.