The celebrations in Portugal of Portugal Day, Camões and the Portuguese Communities due to the COVID-19 pandemic, will be different, there will be a symbolic ceremony at the Jerónimos Monastery, in Lisbon.

It can be read on the website of the Portuguese Presidency that, “The celebrations, which were planned for the Autonomous Region of Madeira and South Africa, were changed to respect the health precaution rules in the context of the Pandemic of the Covid-19 disease.”

Regarding the ceremonies in Jerónimos, you can also read, “The Ceremonies begin outside the Jerónimos Monastery where, at 11 am and under the Presidency of the Head of State, the Ceremony of the Raising of the National Flag takes place, with the execution of the Anthem National, 21 salvos per naval unit of the Portuguese Navy based on the Tagus River and overflowing with homage by a squadron of Air Force F-16 aircraft.

Then, in the Church of Santa Maria de Belém, the President of the Republic deposits a wreath at the tomb of Luís Vaz de Camões and keeps a minute’s silence in honour of the Dead at the service of the Fatherland.

In the cloisters of the Monastery, Cardinal D. José Tolentino de Mendonça, President of the Organizing Committee for the Day of Portugal, Camões and the Portuguese Communities, will take the floor, followed by the intervention of President Marcelo Rebelo de Sousa, which closes the Ceremonies. ” 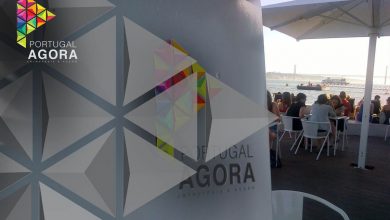