Confirmations for the 2020 edition of the DANCEFLOOR festival do not stop. The festival that takes place in the city of Braga, more specifically at Altice Fórum Braga, on the 24th and 25th of July announced this time the DJ’s Carnage, Brian Cross, Cat Dealers and NGHTMRE. on this poster that already has Gunz For Hire and that promises to attract thousands of festivalgoers to the event.

Carnage
Born in Guatemala, Carnage is one of the most respected DJs and Producers in electronic music, having worked with DJs like HeadHunterz, Timmy Trumpet and KSHMR as well as with rappers like A $ AP Rocky and Tyga.

He became popular for the remix he made of Hardwell’s song “Spaceman” and since then he has performed in the biggest electronic music festivals in the world, such as the Ultra Music Festival and Tomorrowland.

Brian Cross
Originally from Spain, he is a well-known name in the medium, having produced music alongside great figures in the industry, such as Yandel, Inna, Ricky Martin or Angelika Vee. It has tracks signed by major publishers such as Armada, Ultra and Sony.

He has performed several times at Tomorrowland and is a frequent presence in the great summer nights of Ibiza, where he is usually a resident DJ in clubs such as Privilege Ibiza and Amnesia Ibiza.

Cat Dealers
A pair of DJ’s from Brazil, formed by brothers Luiz Guilherme and Pedro Henrique, quickly established themselves as one of the most resounding projects of electronic music in Brazil.

With successful singles like “Your Body” and “Gravity”, the rise quickly led them to enter the list of DJ Mag’s Top 100 DJs, reaching 76 in 2017 and 48 in 2018, an increase of 26 positions compared to last year. Last year, they hit that mark and reached place 46, being one of the best-ranked Brazilian artists on this list.

NGHTMRE
Directly from Los Angeles, NGHTMRE has been around since 2015, when Skrillex released his single “Street” live at Ultra Music Festival, inside the electronic music scene. His collaborations with Krewella, Dillon Francis, Zeds Dead among many others, have made it reach greater popularity over the years.

Songs like “TTM”, in participation with Wiz Khalifa and “Gud Vibrations” were some of the biggest hits, having between the two songs, more than 70 million streams on digital platforms.
This year is already confirmed at the Ultra Music Festival in Miami.

Gunz For Hire
Gunz For Hire is an act made up of two Hardstyle heavyweights (DJ’s Adaro and Ran-D). They were one of the pioneers in the production and development of the Hardstyle sub-genre, known as Rawstyle.

With performances at the main electronic music festivals around the world, they won over their audience through themes like “Sorrow“, “No Mercy” or “Kings Of The Underground“.

In April of this year, they will be hosting the main stage of the Rebirth Festival and in July they promise to cause panic on the DANCEFLOOR dance floor.

DANCEFLOOR – Jump To The Drop

In 2020, the sixth edition of this electronic music festival is celebrated (the second in Braga) which promotes in Portugal the best of international and national electronic music. In the 2019 edition, Altice Fórum Braga received about 15 thousand people in what is the only indoor summer festival.

For those who prefer to go more accommodated, the festival has a VIP area with prices between 26 € and 52 €. 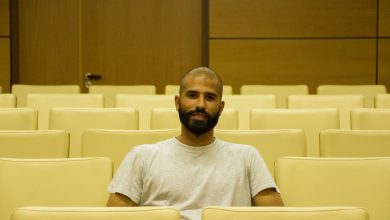