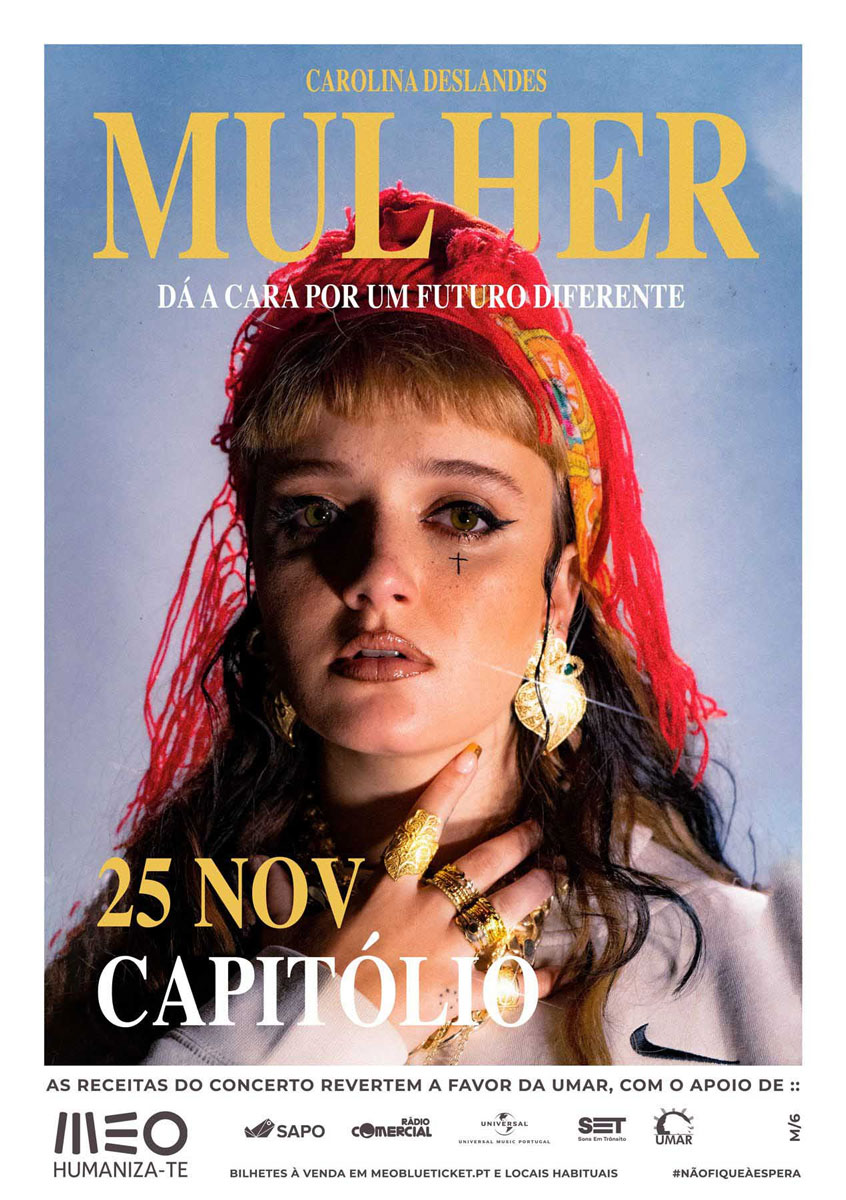 Carolina Deslandes presents live the absolute debut of ‘Mulher’, on November 25, International Day for the Elimination of Violence Against Women, at the Capitólio, in Lisbon, at 8:00 pm.

‘Mulher’ is an EP with 6 original themes, a short film and the ultimate expression of what Carolina Deslandes is: an artist of causes, who transcends herself with each step she takes.

The short film, in which you can listen to the new songs and watch the written fiction, narrated and starred by Carolina Deslandes, who represents several generations of women victims of domestic violence, will be shown in the first half hour of the event.

The artist then takes the stage to present live, for the first time, the 6 new songs of ‘Woman’ that will be available on all platforms, that same night, after the event.

Tickets are already on sale for the single price of 5 euros, in the usual places and the amount raised will revert in full to UMAR – Union of Women Alternative and Response.