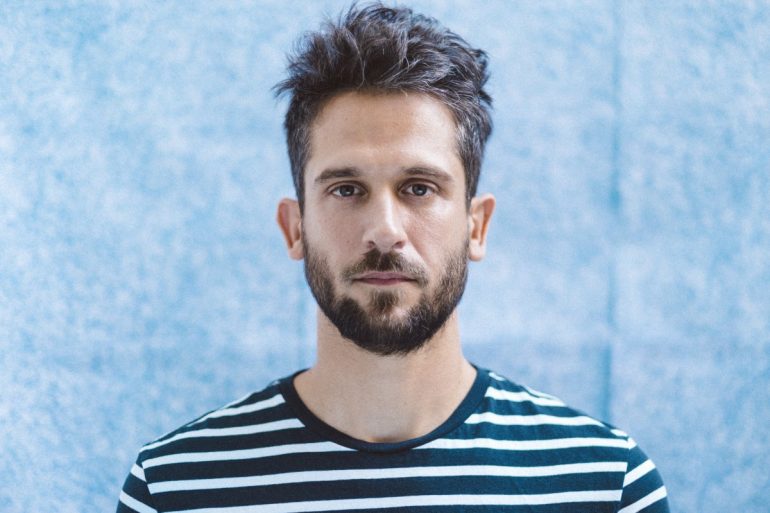 Noiserv, a multi-instrumentalist who has been called “the man-orchestra” or “one-man-band“, has in his curriculum the successful debut album “One Hundred miles from thoughtlessness” [2008], the EP “A day in the day of the days” [2010] and the award-winning “Almost Visible Orchestra” which was distinguished as the best album of 2013 by the Portuguese Authors Society.

In November 2014, noiserv edits the first live record, a DVD with the title “Everything should be perfect even if no one’s there”. With more than four hundred concerts across Portugal and out of doors and a series of collaborations in theater and cinema, it is in 2015 that the most serious internationalization takes place for noiserv with the reissue of the album “Almost Visible Orchestra” for the whole world through the publisher French Naive, home of M83, Yann Tiersen, among other artists.

2016 is the year of the release of “00:00:00:00” which is described by the Lisbon musician as “the soundtrack for a film that does not yet exist, but that maybe one day it will exist”. The sound orchestra that characterizes him gave way to a piano played by many hands, while from his voice we see, in the non-instrumental themes, stories in Portuguese.

The following year again proved to be very strong in the internationalization of the project, continuing the concerts in France, but also reaching new countries, including Italy and Lithuania. In Portugal, there were many concerts presenting the album “00:00:00:00”, and in terms of collaborations, it is worth mentioning Laurence Ferreira Barbosa’s film “Todos os Sonhos do Mundo” and several soundtracks for theater.

2018 started with the composition of the original music for RTP1‘s separators and ended with “Labirinto da Saudade”, distinguished as the best documentary of the year at the 2019 Sophia Awards. The new noiserv album was released in September 2020.