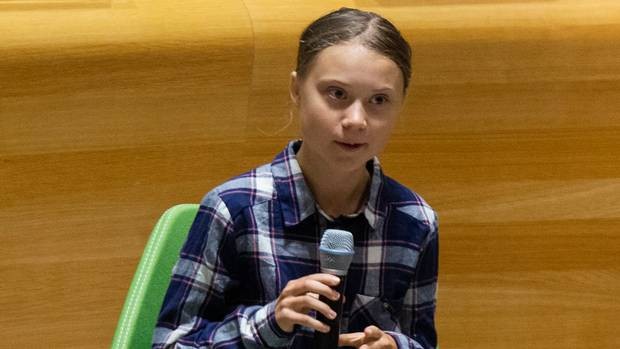 The young Swedish activist said in New York that young people are united and that no one will stop them in the global fight against the climate crisis and in defence of the planet.

At the opening of the Climate Action for Youth Summit, Greta Thunberg made the statement accompanied by four other young activists and United Nations Secretary-General António Guterres.

“We have shown that we are united and that we young people are unstoppable,” said young activist Greta Thunberg of the global march on the planet on Friday which mobilized hundreds of thousands of young people in many countries. countries.

The four young activists – Greta Thunberg, Bruno Rodriguez, Wanjuhi Njoroge and Komal Karishma Kumar – criticized the lack of action by political leaders in making the much-needed behaviour change in the face of the climate crisis and ensured that they will continue to make their voice heard on the streets. from cities across continents.

One of the many demands on the table is raising funds to support the most disadvantaged countries, and without resources to adapt to climate change and embrace green energy.

UN Secretary-General António Guterres said that there is a “serious conflict between people and nature” and that a new development model is needed, which consists in greater justice and equality between people, and that allows a good relationship between population and the planet.

Last Friday’s global march is just the beginning of a week of mobilization and strikes, the Global Climate Strike will be held from September 23 to 27 and coincides with the Climate Action Summit, which was convened by UN Secretary Antonio Guterres.