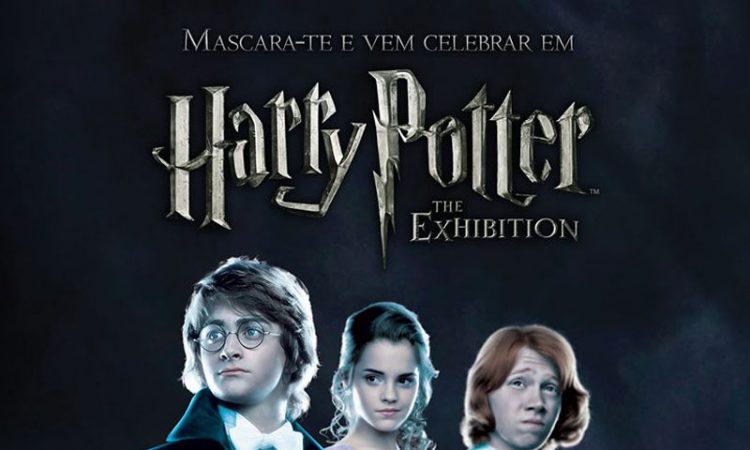 Fans are invited to dress up their favorite Harry Potter character or creature and come to the exhibition at the Pavilhão de Portugal on February 25, Carnival Tuesday. The first 100 to arrive receive a magical surprise!

From the moment that guests immerse themselves in Harry Potter ™: The Exhibition, they are immediately drawn to the world of Harry Potter. Visitors are welcomed by an exhibition host who selects some lucky fans for one of the Hogwarts ™ houses, then escorts them to the exhibition, where the journey through favorite scenes from the Harry Potter films begins. The exhibition features scenarios of the most popular scenes from the films (including the Griffyndor ™ common room and dorm, classrooms such as Potions and Herbology, and the Forbidden Forest), all of which are filled with thousands of authentic props, clothes and creatures used in footage from the iconic series.

Visitors will be able to plan their visit, since tickets for the exhibition are purchased by day and time. The last entry will be made one hour before the exhibition closes. They are on sale at www.harrypotterexhibition.pt, please check the website for opening dates and times.

An exclusive audio tour is also available, with information from behind the scenes of the production of Harry Potter films, with comments from producers, stylists, costume designers and creators of creatures.

About the Harry Potter Universe:

Two decades ago, a young Harry Potter was taken to Platform 9 3⁄4 at King’s Cross Station, and readers from all corners of the world were taken with him to a magical universe, created by J.K.Rowling. In the years that followed, the seven best-sellers in the saga inspired eight successful films, an award-winning play and, more recently, the start of the series of five Fantastic Beasts films. People of all ages were fascinated by these extraordinary adventures, defined by an expanding universe, inspired by J.K.Rowling’s vision. Rowling.

For the growing worldwide fan community today and for generations to come, Wizarding World welcomes everyone to explore more of this magical universe – past, present and future, while also offering fans a reliable, quality and authentic brand .