The garbage produced at home in the preparation of vegetables and other organic matter can be used to clean water drainages, such as the mills and textile industry, or be used for blocks used in construction, according to an Iberian project.

For almost two years the scientific community and companies have been carrying out research, with results already proven in the laboratory, within the framework of the VALORCOMP cross-border project, with a budget of more than one million euros, financed by the European Regional Development Fund (ERDF) through the INTERREG VA Spain-Portugal program (POCTEP).

The project resulted from a challenge launched by the Waste from the Northeast, the company responsible for waste treatment in the district of Bragança, the scientific and technological community.

It has as partners the Portuguese side the Polytechnic Institute of Bragança and in Spain, the Cidaut Foundation, the specialist in innovation in the Nertatec area of energy and the University of Valladolid.

The Polytechnic of Bragança is the coordinator of the project, which occupies chemistry and civil engineering laboratories seeking to transform what was waste into raw material and into new energy and environmental solutions.

The starting point for the research was, the researcher Helder Gomes, the work is already done in the Environmental Park of the Northeast Waste, where for some years biogas have been produced through organic waste, those that do not serve to recycle, and a compound used in agriculture as fertilizer.

From this compound, the researchers created a new adsorbent product, capable of functioning as a filter and retaining pollutants such as those found in the wastewater (effluent) of a mill or the dyes used in the textile industry.

The results, said Helder Gomes, are laboratory-proven, but it will be necessary for the future, after completing this project, to move to a new phase with a pilot project in the context of an industrial unit.

The work involves several scientific processes involving the reinforcement of the team of researchers with five new elements, among them the young researcher Mohsen Karimi, who travelled from Iran to the Portuguese city of Bragança to participate in the project.

In the civil engineering laboratory, Lurdes Cruz and Débora Ferreira work with a team that tests the incorporation of the Residuos do Nordeste compound into building blocks. They already number several, but continue to test and test the proportions of the different materials used in the composition and the resistance to fire or load.

The behaviour of the compound with clay or earth is leaving optimistic researchers to the advantage of being an association of local materials with good results in the thermal and acoustic insulation of the constructions.

Another research area underway is the transformation of leachates produced by the waste, namely in the landfill, into a fertilizer.

“The bad news“, as one of the researchers Paulo Brito observed, is that this process should take longer because the leachates have large concentrations of metals and it is necessary to evaluate adsorbent materials capable of filtering these metals.

On the Spanish side, according to Helder Gomes, the focus of research is more on the energy capacity of the organic compost and the processes required to exploit this potential with fewer pollutants to the atmosphere, with pellets being tested for energy production.

The project ends in September and the final results will be presented to managers and policymakers.

The Director of Waste of the Northeast, Paulo Praça, has already expressed his willingness to support future actions in order to develop the results achieved.

“This project is important not only for Waste from the Northeast, which is being a partner here and giving its object of study. It is important because on the Spanish side this challenge also arises, since we are in the European space and the community policies are what regulate us, are common, and it also puts our colleagues on the Portuguese side as we have these problems at hand, “he said.

The valuation of waste, he explained, “seeks to meet this idea of the concept of circular economy, which is to divert as much as possible from landfill waste.”

“We now have to look at waste as a resource and then the goal is to see: is what is today a waste tomorrow a raw material?” He illustrated.

Of the 53 thousand tons of waste produced in the Nordeste Transmontano, ten thousand were diverted from the landfill and recovered in 2018, either through recycling or in mechanical and biological treatment with the production of biogas and the compound.

In 2018, 1,500 tonnes of compost sold to be used as fertilizer in crops in the region, namely orchards and olive groves, were produced.

Portugal should take advantage of exports to Ibero-American markets 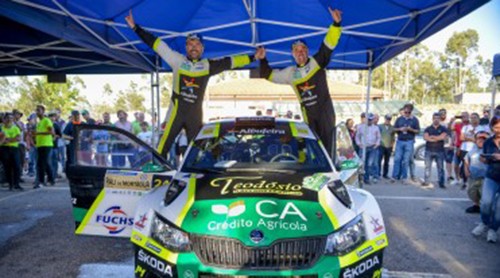 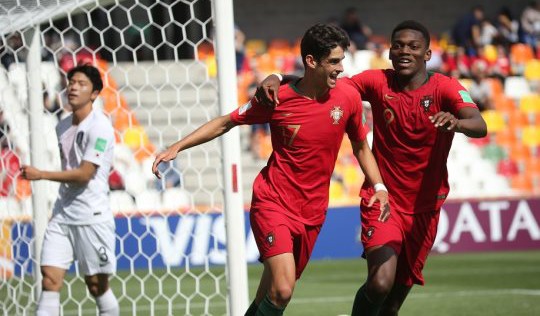