Get ready for an unforgettable night at the INDO EU event, which links Lisbon and Viseu on 12 March, at Titanic Sur Mer.

On a singular night, on March 12, Viseu presents talents and musical projects in the portuguese capital that define its new and effervescent creative environment, and admission is free.

O Galo Cant’ às Duas, Sr. Jorge, Bang Avenue and Qilin are part of the musical program and set the pace for Titanic Sur Mer, at Cais do Sodré. 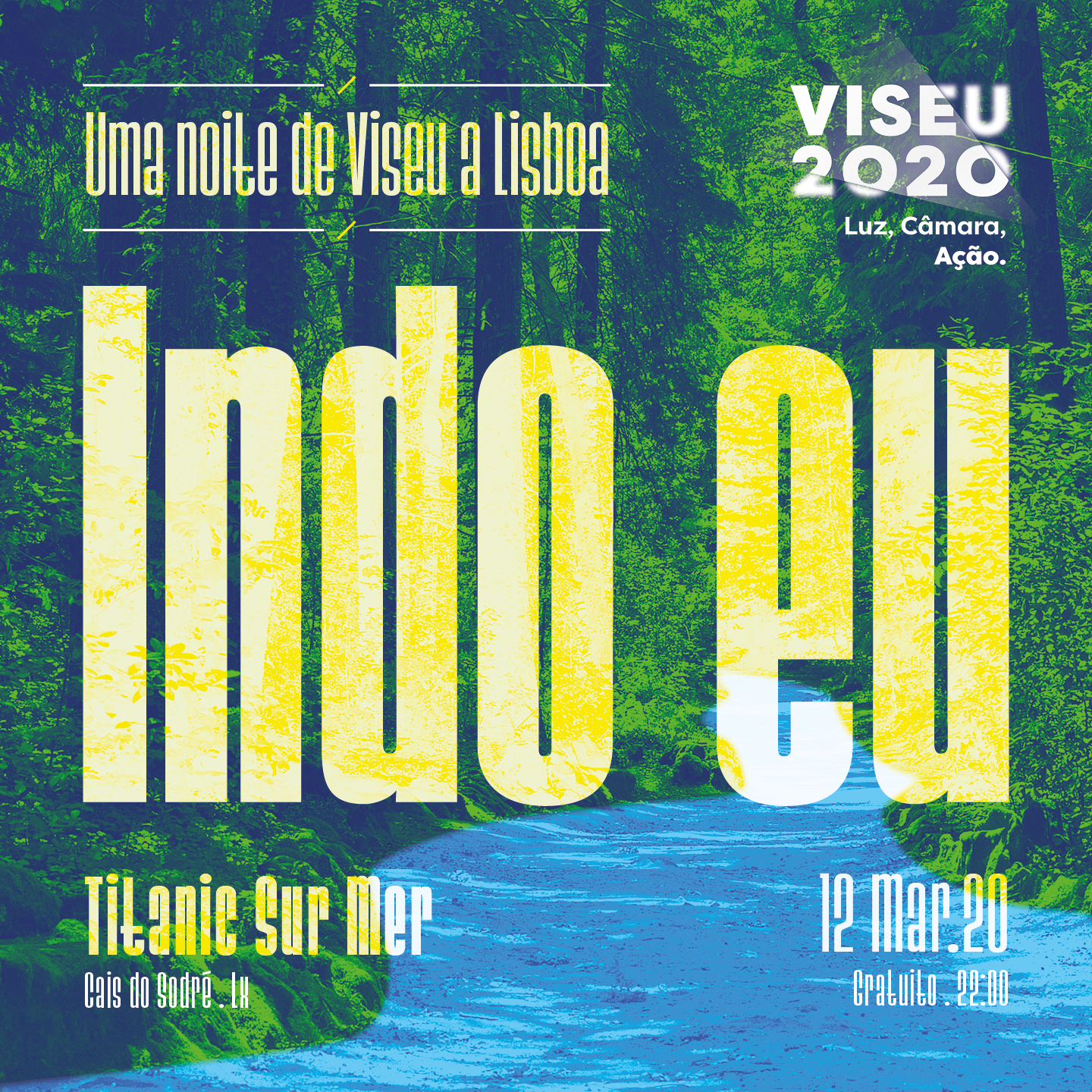 The night also counts with the company of Chef Diogo Rocha, recently starring in the Michelin Guide, to provoke the palates of the occupants.

The party will not miss the wines from the Dão region.

The initiative is promoted by a set of wishes and organizations from Viseu, such as VISEU MARCA and the Municipio, with the programming and production being in charge of the cultural cooperative CARMO 81. 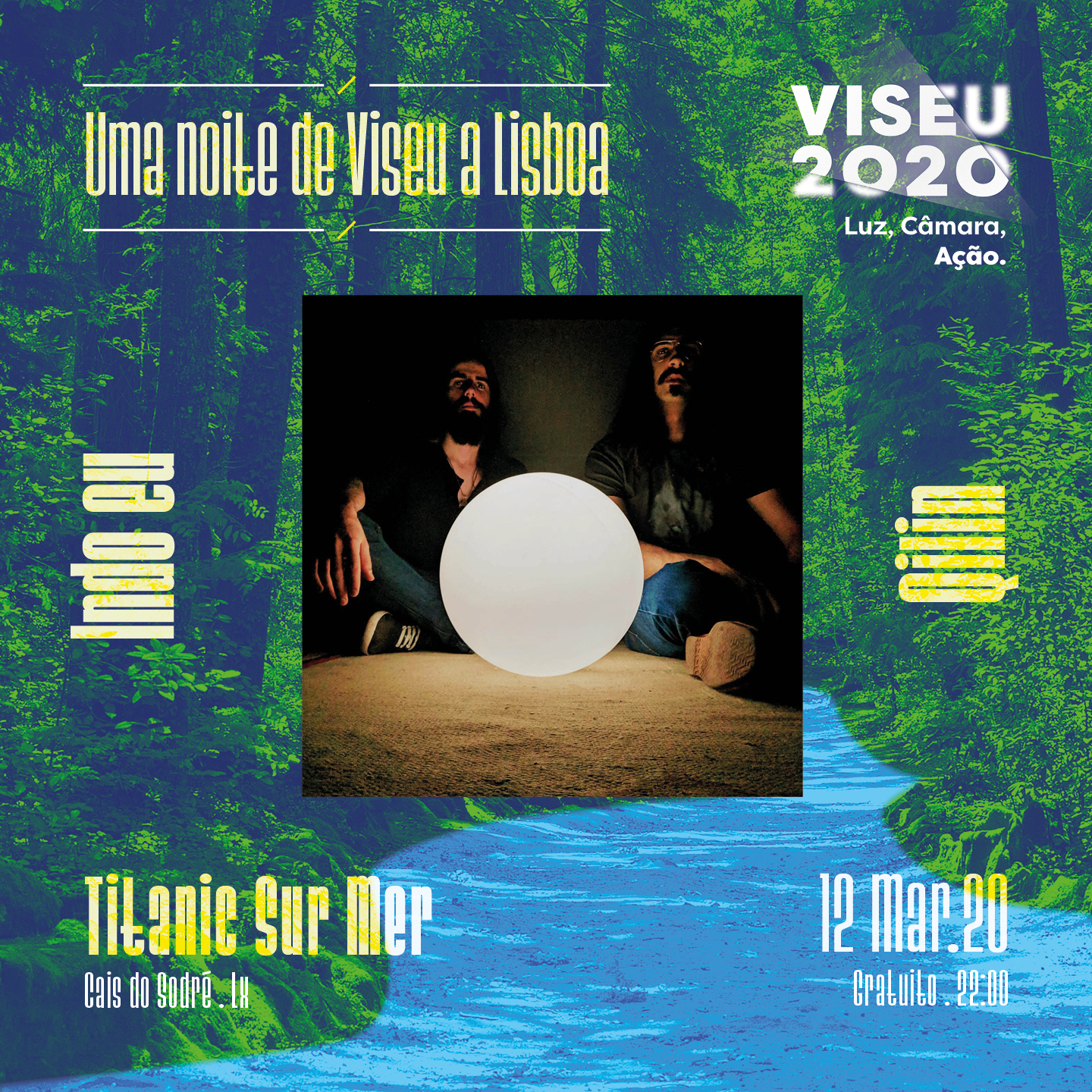 Chimeric by nature, it brings together the essences of terrestrial and celestial elements, from bull to dragon, from fire to thunder.

Sharing this essence, Ricardo Bernardo and Ricardo Silva seek these spaces musically, in a free, changeable and indomitable approach, through electronic and organic sounds, awakening wise, prosperous and peaceful times along the way. 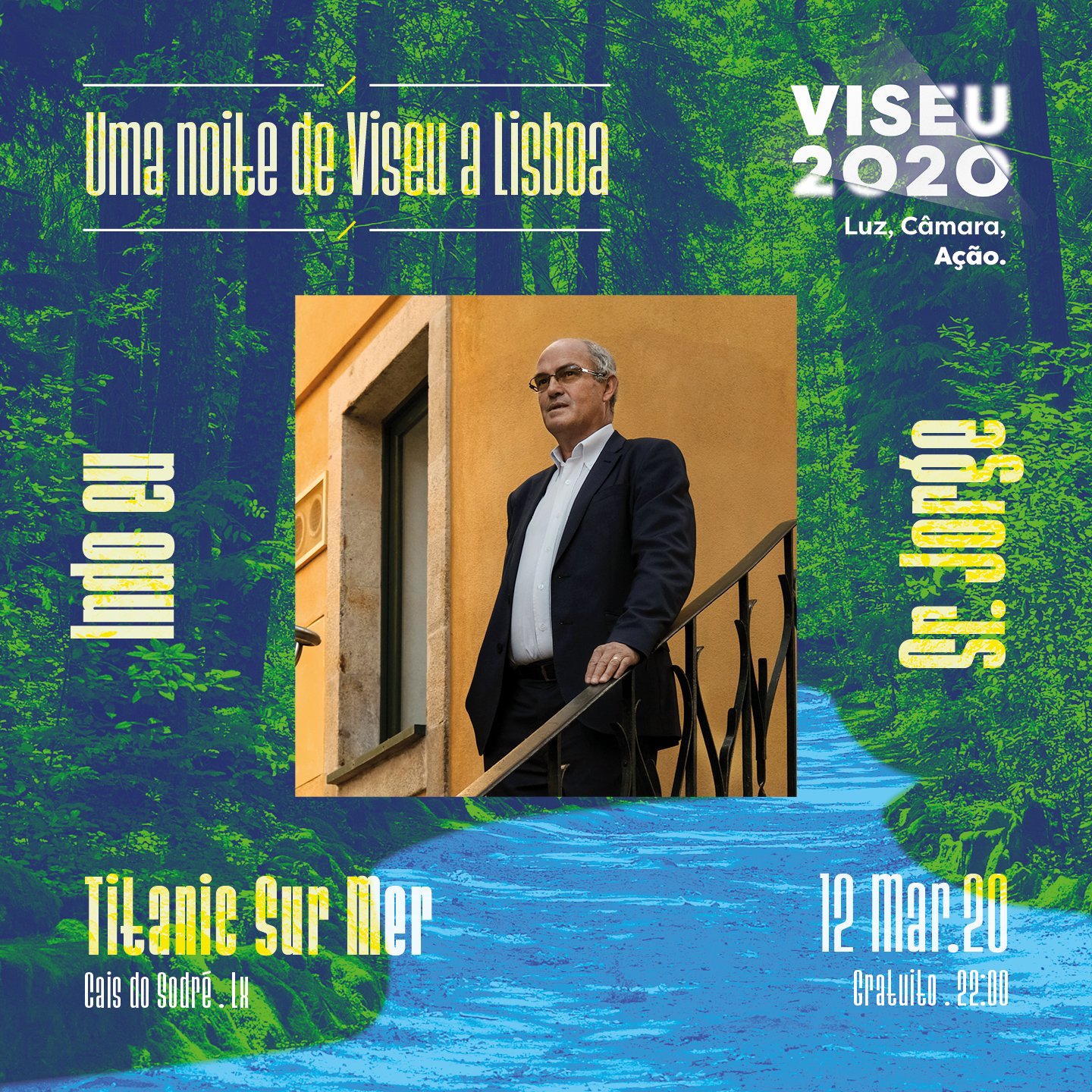 Sr. Jorge offers us his sympathy combined with an honest, strong, sincere, humble and Beirã voice.

Sr. Jorge proposes a chilling confrontation of generations because the group are Jorge Novo, self-taught fado singer, Rui Souza, from Dada Garbeck and El Rupe, João Pedro Silva, from The Lemon Lovers, and Gonçalo Alegre, from Galo Cant’Às Duas, and we are presented with the challenge of deconstructing traditional fado.

A diamond in the rough, in each performance, Sr. Jorge leaves the sacristan cape and, with his voice as a pure fado singer, will cut our hearts. 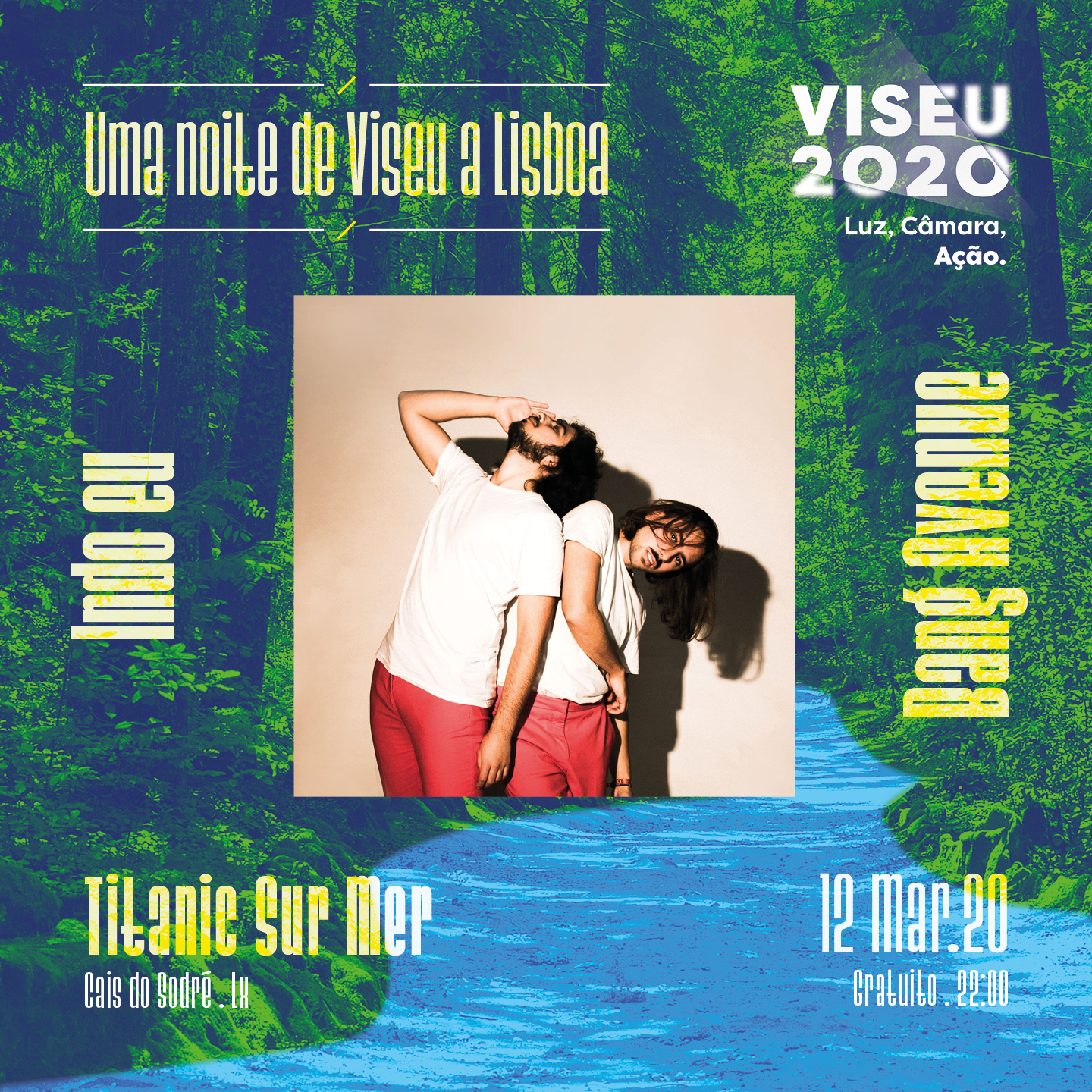 This project was born from the meeting of two electronics students who were walking along a lonely avenue in Aveiro. One brought a guitar and the other a keyboard, transforming this avenue into his project called Bang Avenue.

Their music carries a suitcase full of experiences, from electronics to noise rock, to the background of progressive psychedelics.

This Viseense duo aims to take their music beyond the avenue that brought them together and offer a new experience lived in Portuguese lands. 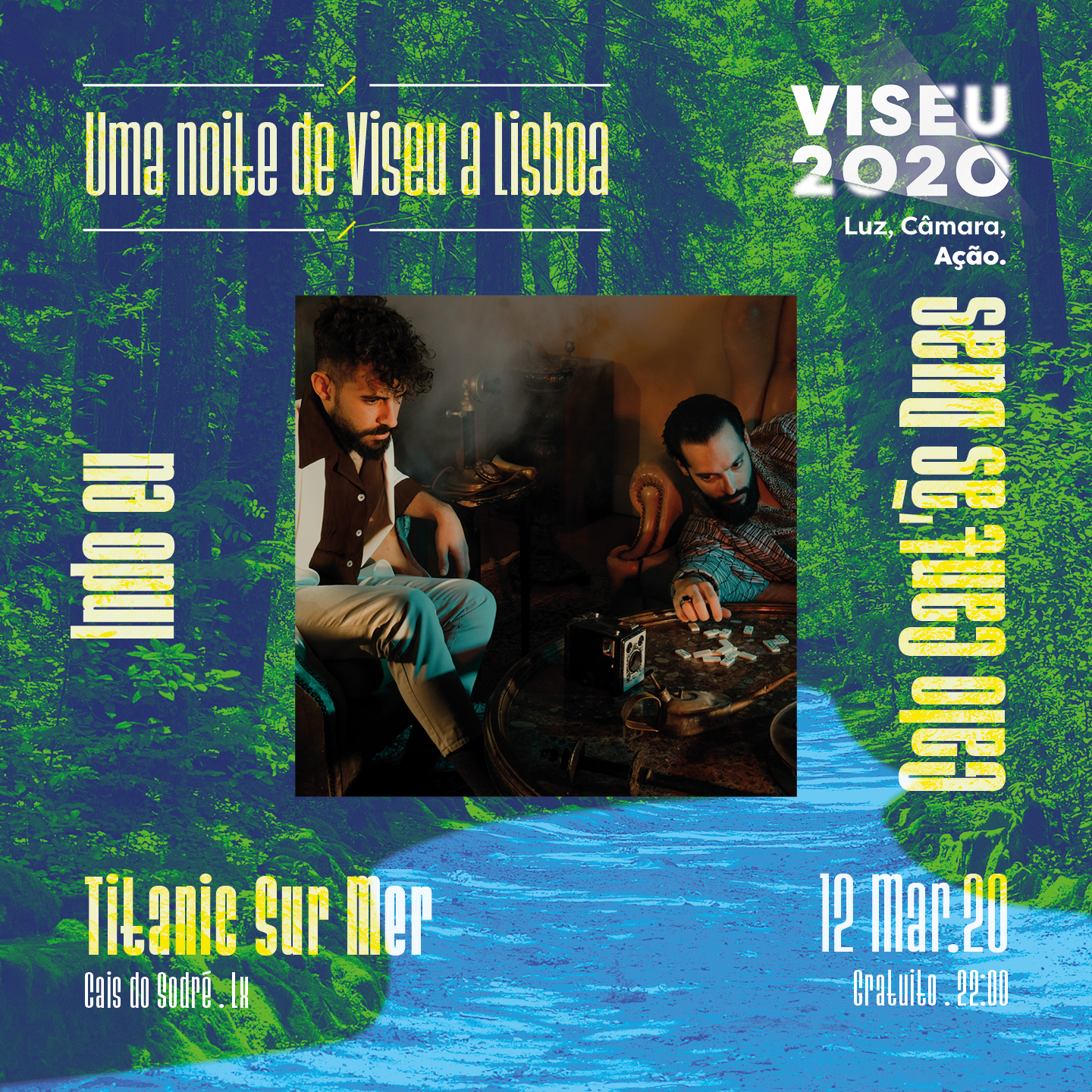 After the release of their first record work, Galo Cant’Às Duas naturally does what gives it life, the concerts. The duo’s concerts are an expulsion of rhythmic and harmonic energy, traveling through the textures so desired since the beginning of the project.

Galo Cant’Às Duas seeks in this new work, the beat, structures, harmonies and melodies that transform with each theme of the album Cabo da Boa Esperança.

Keep up with the event here.

Pedro Sousa eliminated in the quarterfinals of the ‘challenger’ of Meerbusch 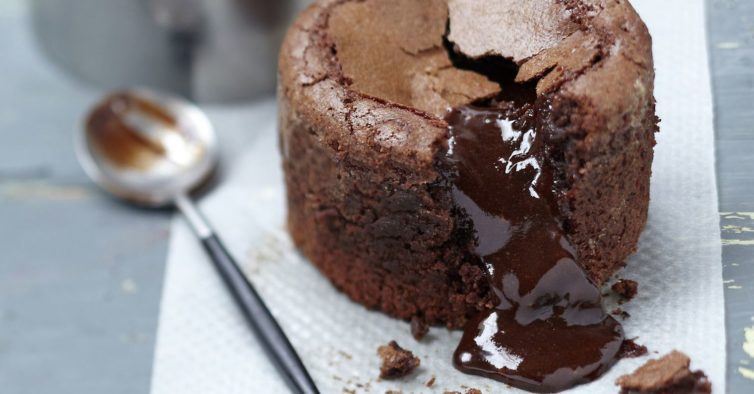 Thematic markets back to Cascais with the Chocolate Market 🗓 🗺