Lina, a multidisciplinary artist, singer and attentive student of Amália’s work, has selected some of her most emblematic repertoire, which she interprets in a stunning way.

Raül Refree, Catalan musician and one of the most innovative producers of today, who gave a new perspective to flamenco, producing artists such as Sílvia Perez Cruz or Rosalía, signs all the arrangements and production of this project.

In this show we will be able to prove his particular vision, the “cathedral” sound he created for this project, where Lina’s voice, shrouded in analog fog, sounds chilling, true and deeply exciting. 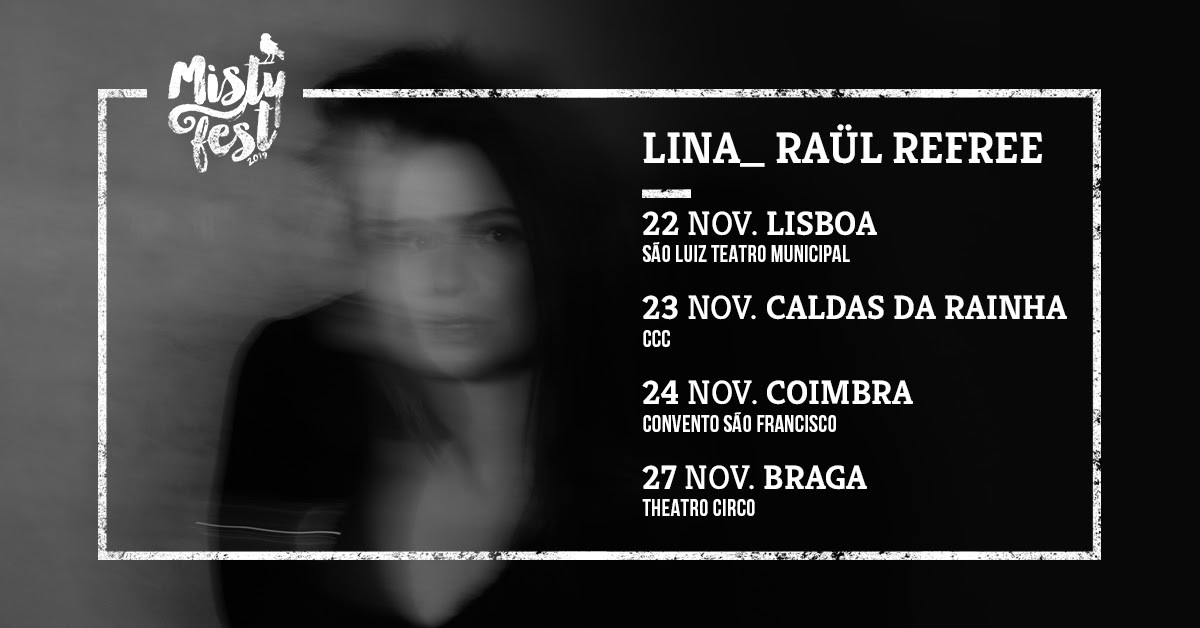 Two extraordinary musicians who developed an intense musical empathy, proven on the album to be released worldwide on January 17th by award-winning German label Glitterbeat Records and the European tour that began in July 2019 in Cartagena and continues in several countries in 2020.

A show staged by António Pires.

Music is not geography, but emotion!