Since Verín, the first edition of MUMI promises to make History, inaugurating a space for musical exchange between Galicia and Portugal that companies, professionals and artists from both territories took time to look for.

More than 100 professionals are already accredited to participate in this first edition where the program that focuses on the diversity of styles was presented today in the 12 showcases that will be celebrated in different locations in the village. 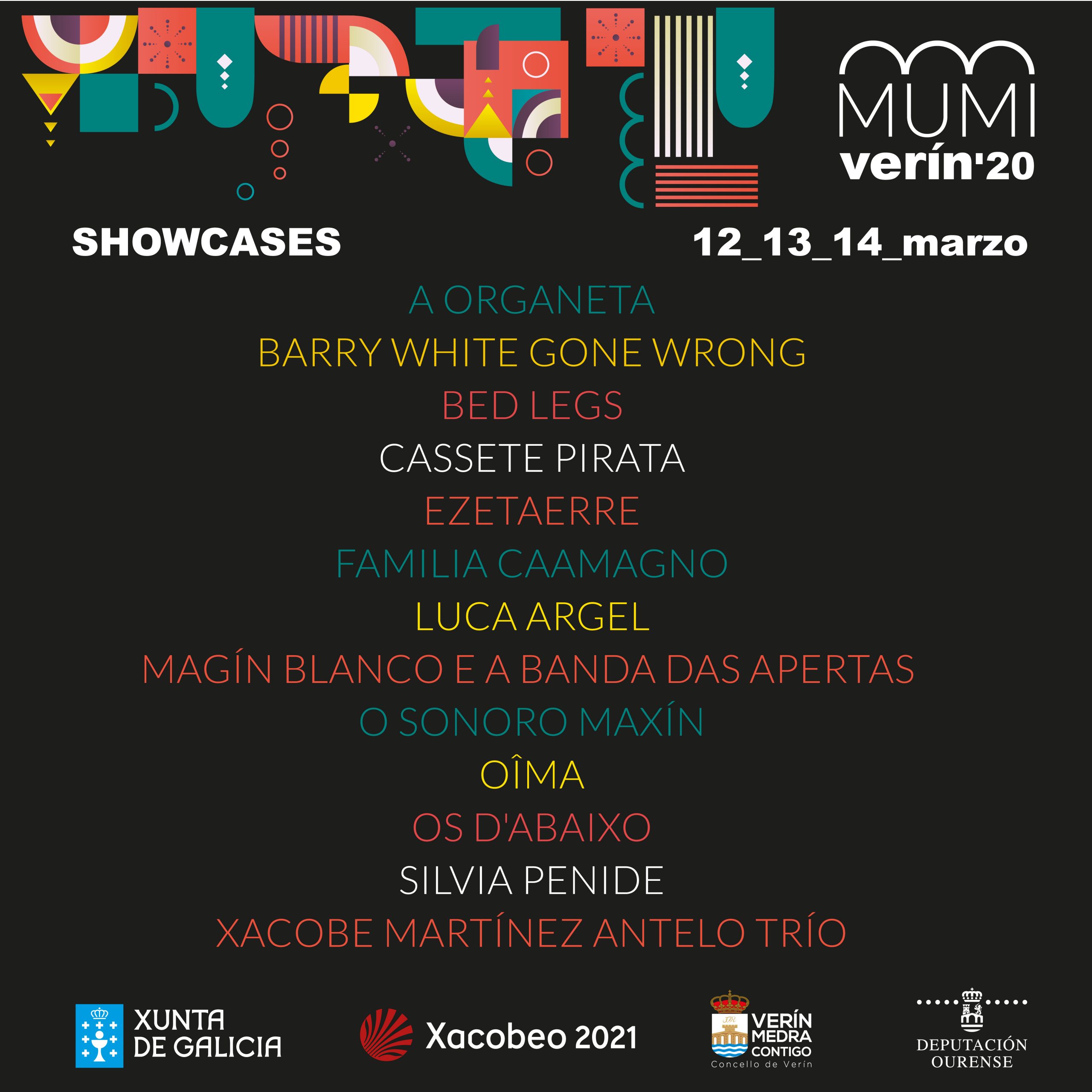 The meeting proposes three days, 12 to 14 March, full of connection opportunities for professionals and also opens part of its activities and concerts to the general public.

On Thursday, the 12th, musical performances for the professional audience will begin at 12:00 in room 1 of the Auditorium with the proposal of Magín Blanco and A Banda das Apertas.

At 1:30 pm, in room 2, the Portuguese Luca Argel will seduce you with his sweet and intimate samba and at 6:30 pm, the Galician songwriter Silvia Penide will present her new work. 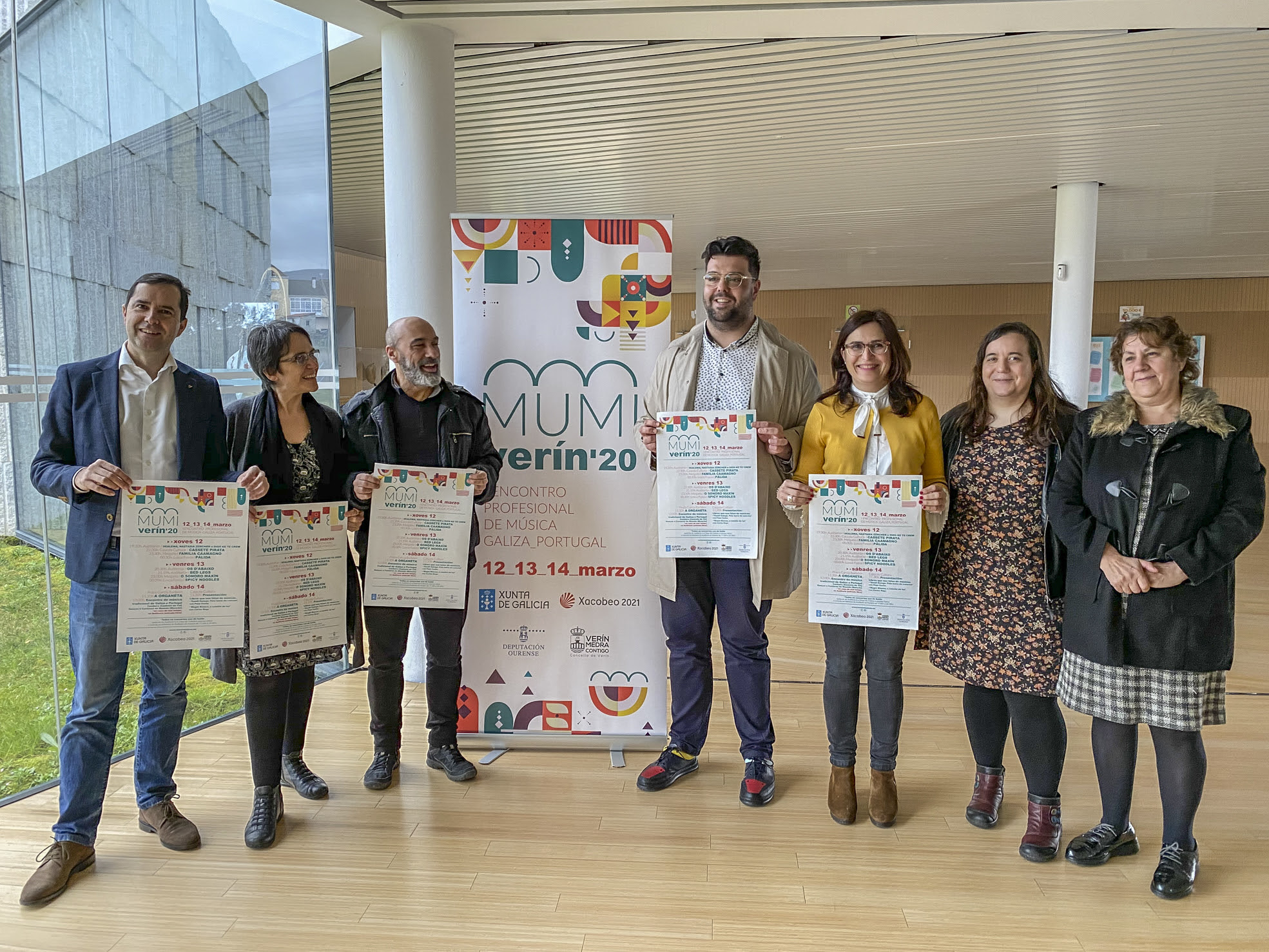 At 7:30 pm, the meeting will open its doors to the general public in a great welcome concert, presented by Uxía and the Portuguese singer Rui David, where we will be able to listen to proposals of urban music that in the Galician part will be responsible for representing the Neo Soul of Nastasia Zürcher and Hip Hop by Dios ke te crew, and on the Portuguese side, the exciting rhymes of Dealema.

On Friday, it will be the Galician Ezetaerre who will open the showcases program at 12:00 in room 1 of the Auditorium.

At 15:13 Barry White Gone Wrong brings us a proposal of rock, soul and rythm and blues with a glamorous, sexy and full of attitude sound.

At 17:00 the jazz of Xacobe Martínez Antelo Trío in room 2 of the Auditorium. 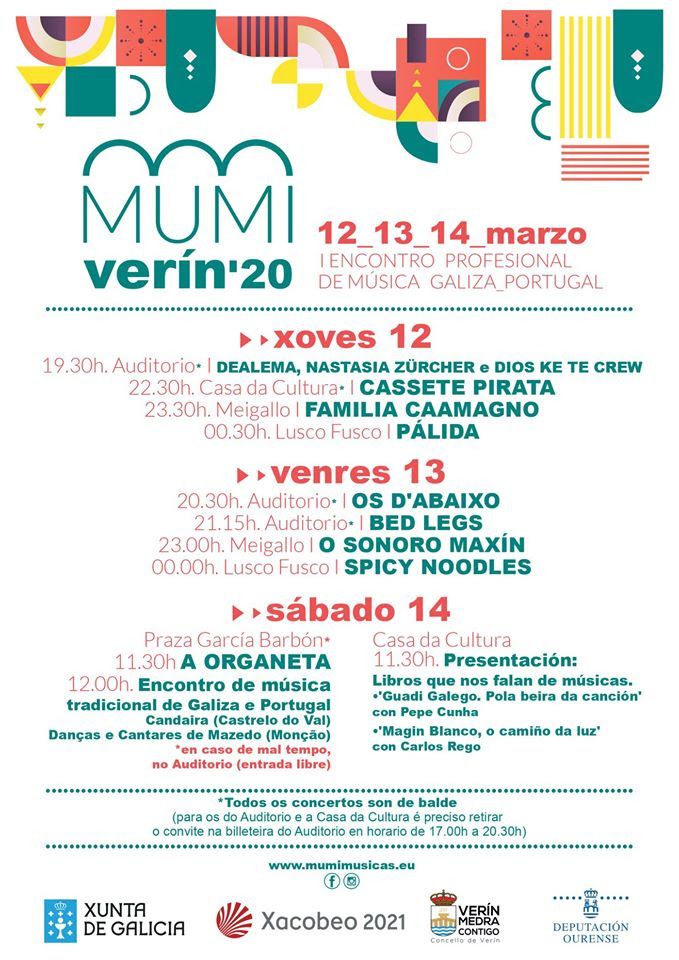 Within the professional programming, the fair proposes spaces in the Verín Auditorium so that both artists and professionals in the areas of booking, management, or programming spaces, have the opportunity to schedule speedmeetings to get to know each other, exchange proposals and start collaborations.

Also in the Verín Auditorium, 6 lectures were developed around topics of interest to the music sector.

Still on Friday, the theme Festivals: Creating experiences around music is scheduled at 11:00 am. musical management.

On Friday, IGAPE will offer an information session on Public Financing for Music Production at 11:00.

At 13:00 we will talk about international Booking and at 16:00 the last module of the fair will offer an overview of the situation of the Galician and Portuguese Concert Halls and the possibility of weaving networks between them. 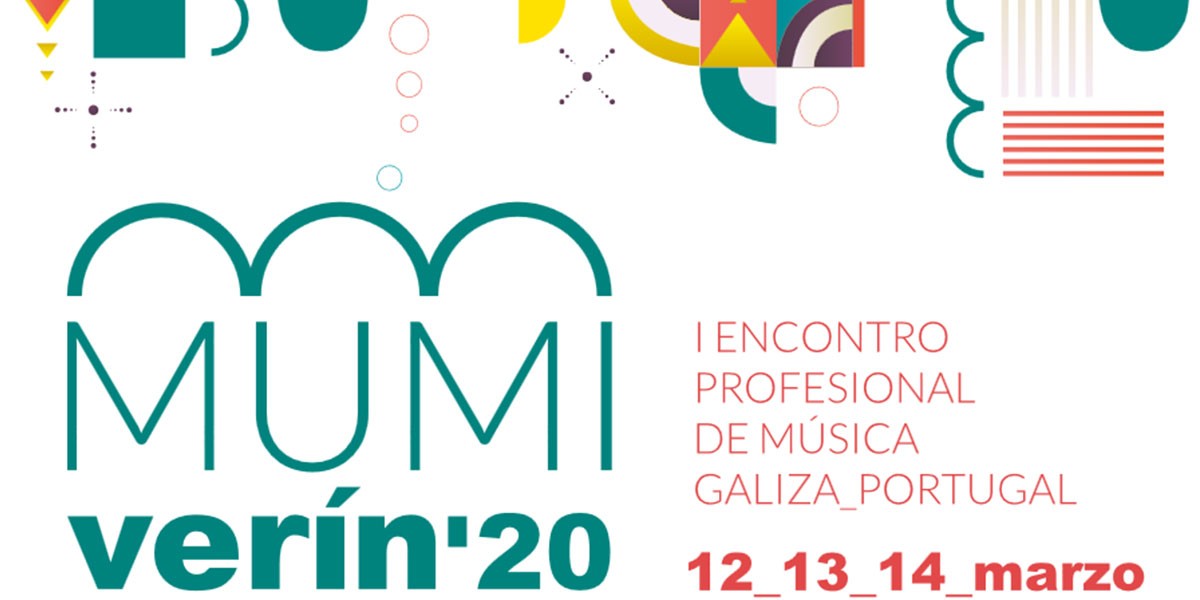 In addition to weaving networks within the professional circuit, MUMI wants to involve the participation of all citizens of the enormous musical wealth that exists on both sides of the border.

Both on Thursday and Friday, the last concerts of the day will be open to the public, with the prior lifting of the invitation at the ticket office of the Auditorium for the concerts of the Casa da Cultura and the auditorium itself, and with free entry in the case of bars.

On Thursday, after the welcome concert, the doors of Casa da Cultura open for the public to hear the nostalgic and introspective pop of the Portuguese band Cassete Pirata.

The continuation, in the Meigallo pub, the 60s rock and roll of the Galician Familia Caamagno, and to close the party, the electronics of the Pale Piguida project in the Lusco and Fusco pub.

On Friday, at 8:30 pm, in the Os D’abaixo Auditorium, they will show a repertoire that brings together inspirations in traditional Galician music, and at 9:15 pm, the Portuguese Bed Legs will also pour their intense rock with rhythm on the Auditorium stage and blues.

And then, in the village bars, the sound of Maxín with his Galician cumbia in the Meigallo pub, and the electronic proposal of the Portuguese Spicy Noodles in the Pub Lusco and Fusco.

All activities scheduled for Saturday will be open to the public.

From 11:00 am, at the Casa da Cultura, two books will be presented that talk about music: ‘Magin Blanco, the light path’ with Carlos Rego; and ‘Guadi Galego. Pola edge of the song ‘with Pepe Cunha.

At 11:30 in the Plaza de García Barbón (in the Auditorium in case of rain), Organeta will unveil its proposal for street entertainment, and at 12:00 the Meeting of traditional music from Galicia and Portugal with the groups Candaira, from Castrelo do Val, and Danças e Cantares, by Mazedo (Monção).

Lisbon is the last stop to see Harry Potter™: The Exhibition 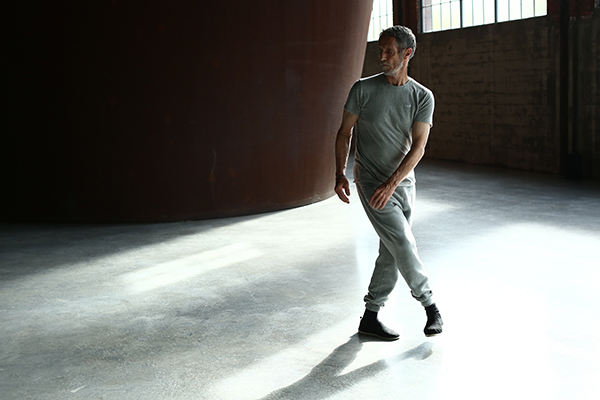 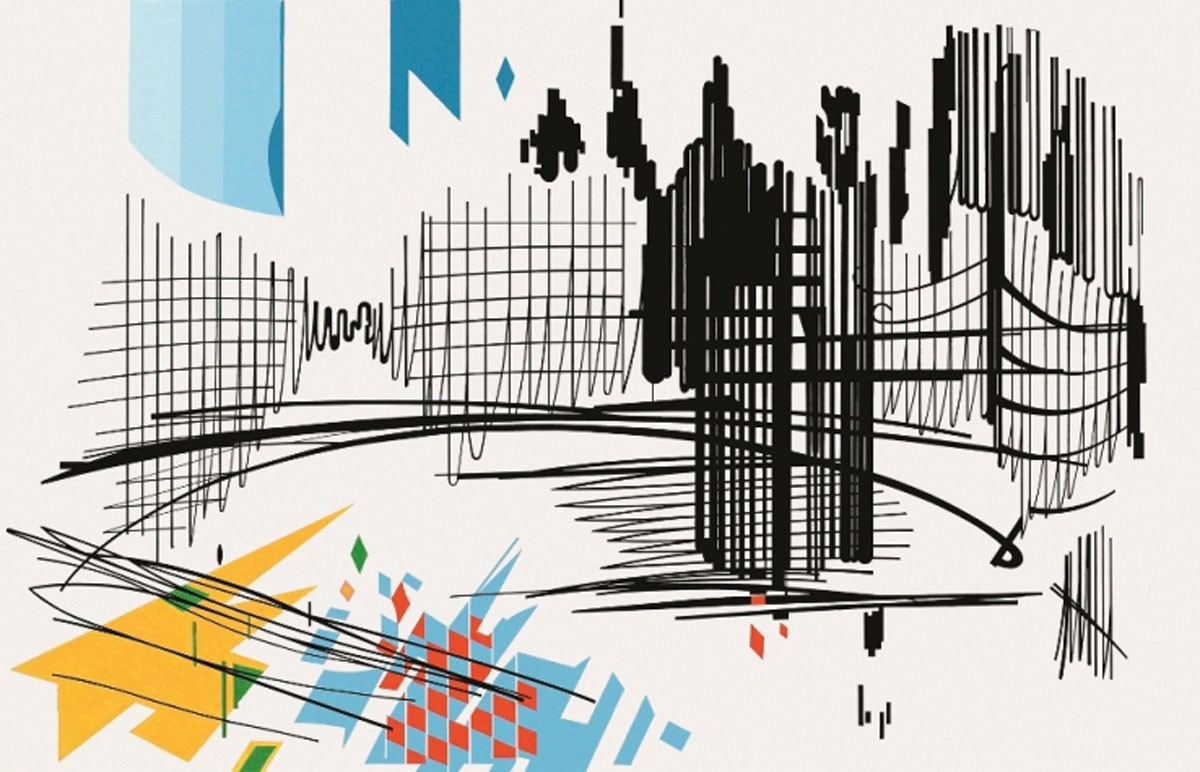 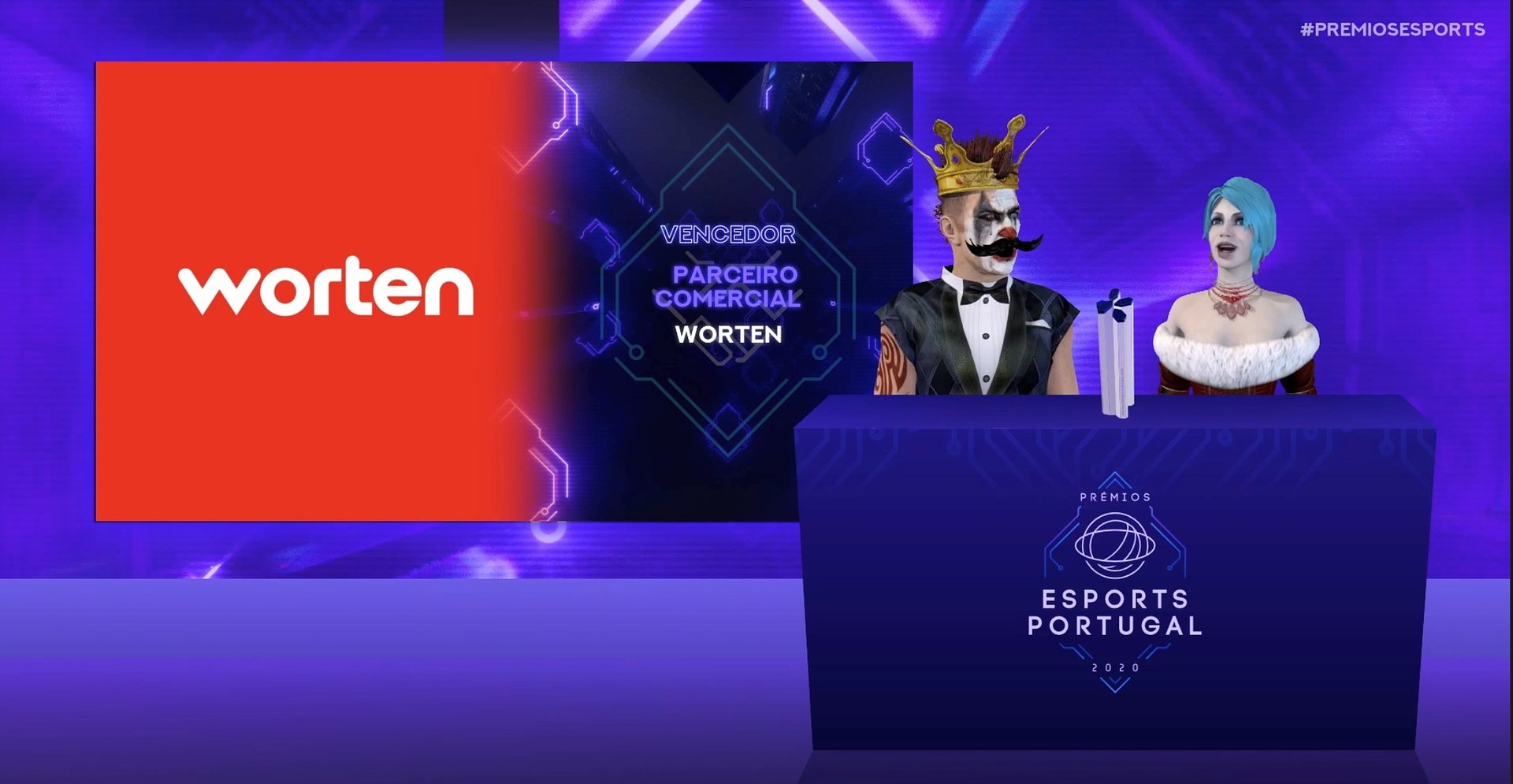 Worten wins “Commercial Partner of the Year” by Esports Portugal 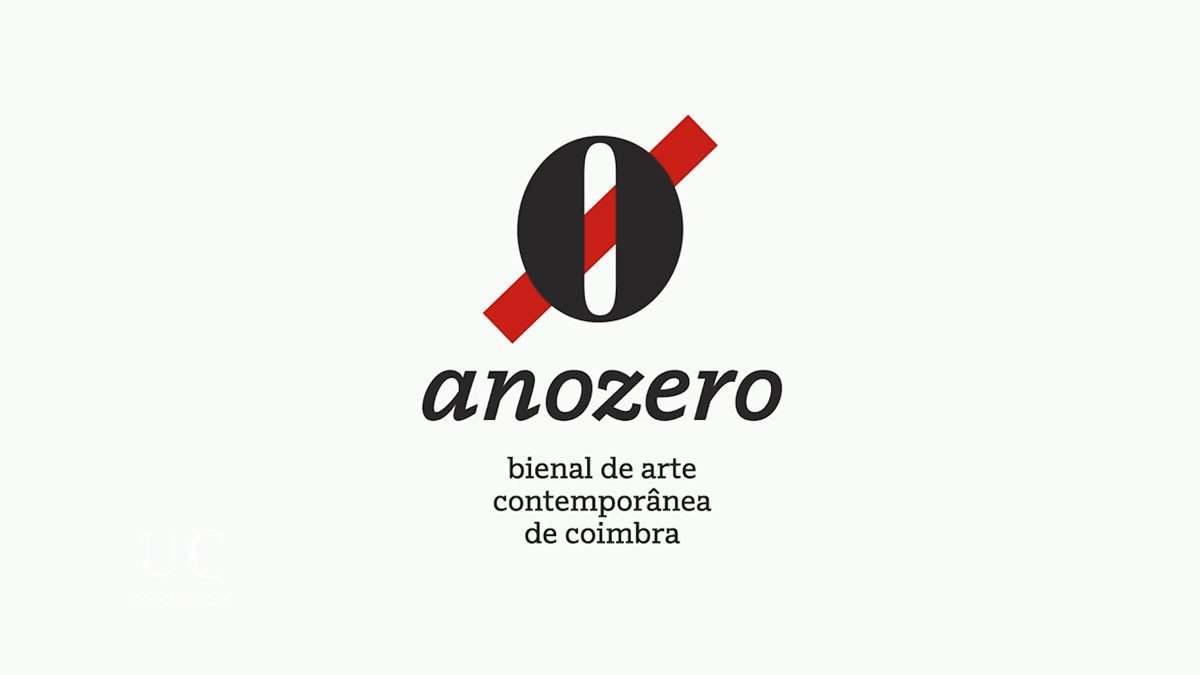 Anozero announces the list of artists for the third edition