Due to the proximity of the sea, the people of Peniche have always been dedicated to fishing, so it is not surprising that their cuisine is predominantly dominated by fish and seafood dishes.
In the numerous restaurants in the city and in the main seaside resorts, one can find the most diverse gastronomic specialties of the region, such as “Caliche de Peniche” and roasted sardines. Equally delicious is the local confectionery where Peniche Pastéis, Amigos de Peniche, and almond biscuits called “these” are the main specialties.
Avenida do Mar and Largo da Ribeira are the two places in the city where you can find a greater variety of restaurants and specialties. However, the restaurants are spread throughout the county, making gastronomy one of the most attractive and high points of this region.

For 8 people:
Tacho of Stew
4 kg of various fish: monkfish, scavenger, robin, dogfish, streak, red, redfish, sea bass, corvina, etc .; 4 large onions; 1kg of potatoes; 4 ripe tomatoes; 1.5 capsicum; 2 dl. of olive oil; salt and pepper; 2 spicy chillies.
The onions are cut into thin slices and placed on a bottom of a pan. The potatoes are also sliced, thin strips of pepper and tomatoes in pieces. Season with olive oil and pepper. Cover the pan, turn it on by stirring the pan from time to time.
In the meantime the fish are prepared by cutting the larger ones into pieces and taking advantage of the monkfish and dogfish livers. When the potatoes are almost cooked, put the fish in layers. Season with salt and place the chillies in small pieces and allow the fish to cook.
The stew is served in the pan in which it was cooked without ever being stirred, simply stirred. 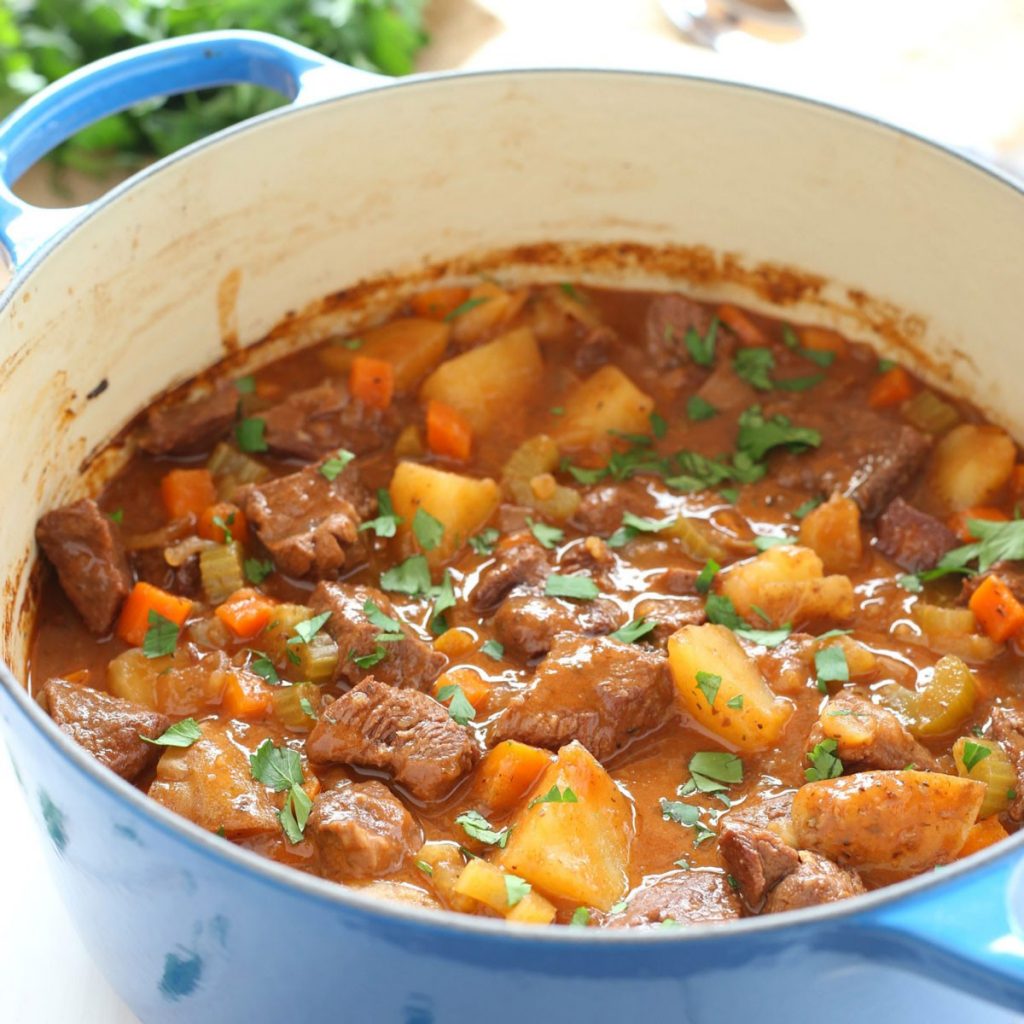 For 8 people:
Fish Soup
Stew broth; 125 grs. of elbows mass.
After making a Peniche-style stew, taking advantage of its broth, add some water and a few bits of shredded fish.
From the bottom of the pan also take advantage of small pieces of potato, onion and peppers that pass as a passer.
Put the stock in the heat and when it boils add the batter.
Served in clay bowls. 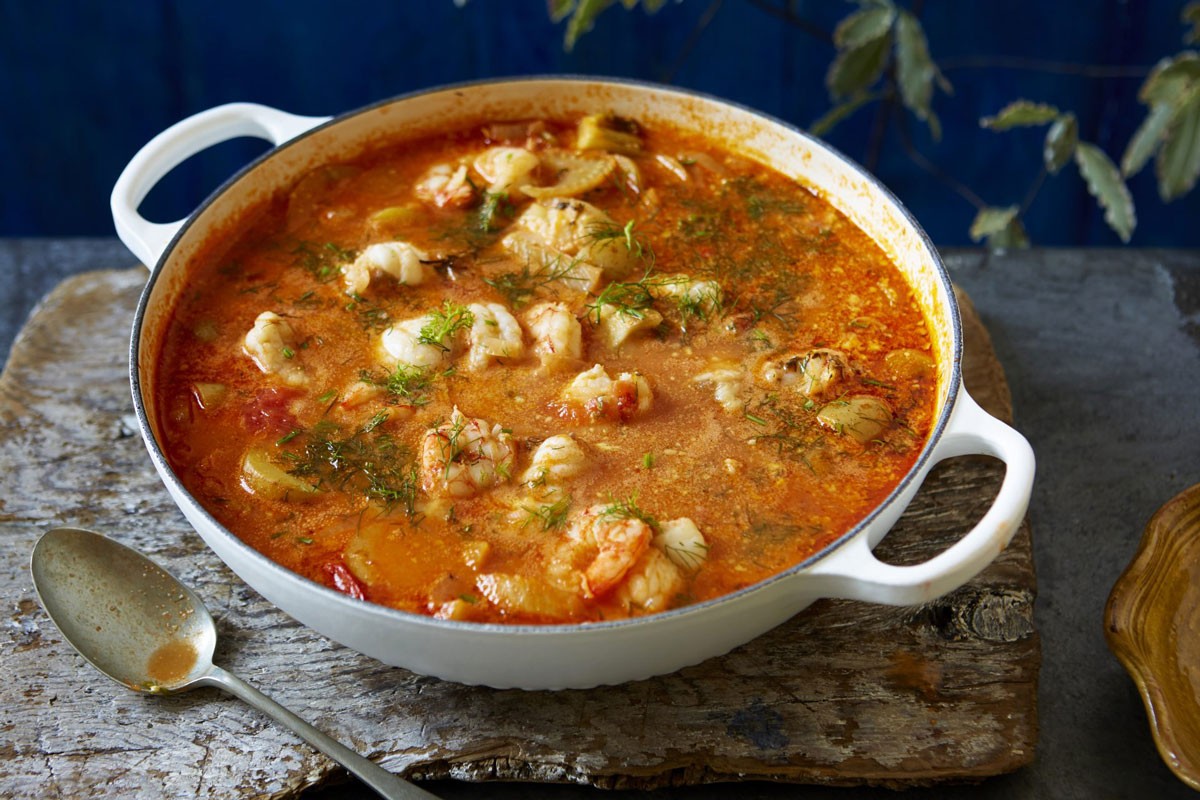 For 4 people:
Sweaty Lobster
A live lobster; 50 grs. butter or margarine; 3 onions; 1 kg of tomato; 2 garlic cloves; 1.5 dl of olive oil; 2dcl of white wine; 0.5 dl of old brandy; 2 goblets of dry Port; 2 chilli peppers; parsley; 1 bay leaf; paprika; salt; chili; we nutmeg.
The gut is removed from the lobster by introducing one of the antennae by the tail to the head and, with a slight rotary movement, quickly pulls the antenna.
The suspended lobster is placed on a clay pot where 2 or 3 fingers of water are poured and the crustacean is allowed to bleed. Then spread the lobster on a board and squeeze it with a cloth and cut it with the sharp knife. Then the antennas, tweezers and paws are cut. Open the head of the lobster in a perpendicular direction, remove the gray bag and use all the remaining stuffing and liquid on the board.
Chop the onions and a good bunch of parsley and chop the garlic cloves into blades. Peel the tomatoes and cut into pieces. The lobster paws and claws are placed at the bottom of a clay pot. On top are half the lobster portion and cover with a layer of onion, parsley and tomato. Sprinkle with garlic blades. Drizzle with olive oil and season with salt, pepper and paprika.
In successive layers the remaining rings of lobster, onion, parsley, tomato and garlic are introduced into the pan. Add the white wine and brandy, piri-piri, bay leaf, salt, pepper and knots, paprika and finally the butter.
Close the pan tightly and let the lobster sweat for an hour, stirring the pan from time to time. After this time, add the Port Wine and let it boil another fifteen minutes.
It serves immediately in the pan itself, wrapping it in a linen cloth. Accompanied with loose white rice. 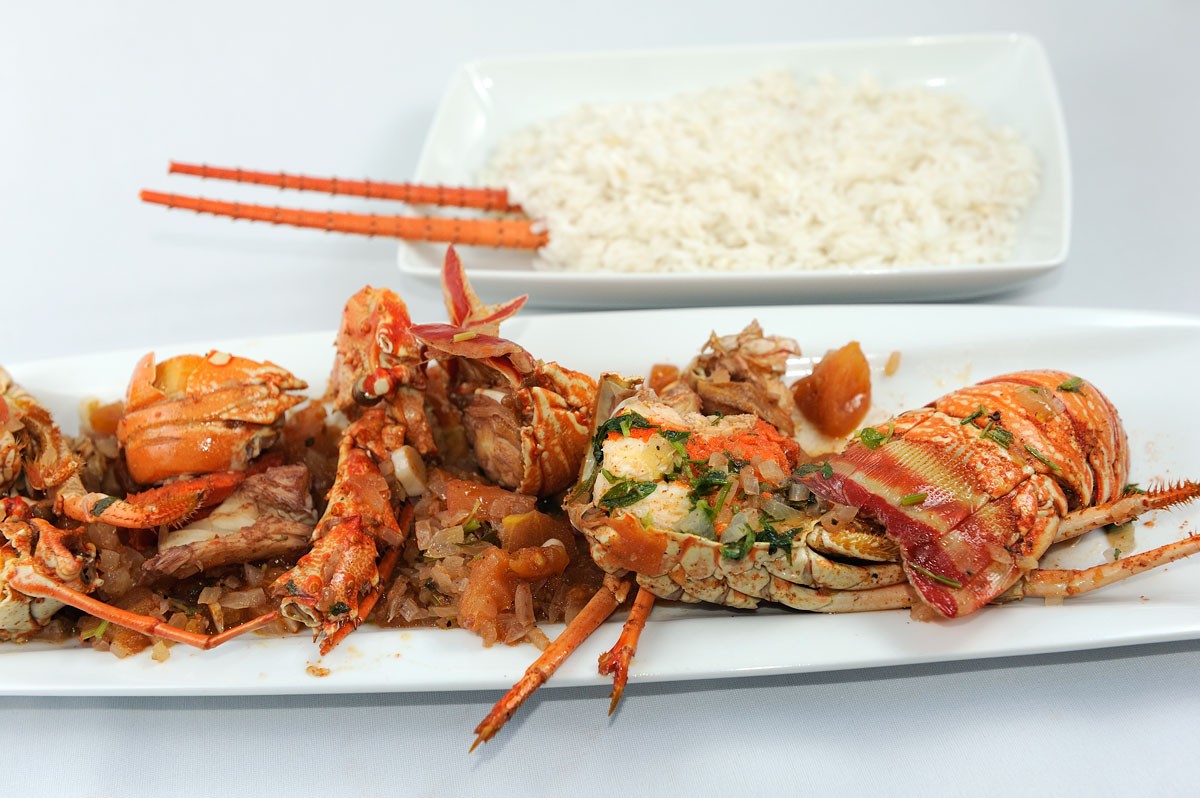 6 to 10 sardines per person:
Grilled sardines
Salt, boiled potatoes; green peppers; Wheat bread and corn.
Sardines with coarse salt in overlapping layers are seasoned in a basket or crate. The container should be slightly tilted to allow salt water to flow freely without damaging the bottom sardines.
The charcoal is ignited in a stove, letting it burn until it is without flames and without smoke. Place the grill over the coals until very hot.
Pass the peppers until they are completely black and, placing them in a plastic bag, shake them until they drop all the skin. Then rinse and remove the pevides and cut into thin longitudinal strips.
The sardines are placed side by side in a very hot fire, avoiding, with splashes of water, that the fish fat ignites the brazier.
In the meantime, potatoes with skin are boiled in salted water.
Put the boiled potatoes on the platter without peeling them, and in another bowl serve the peppers seasoned with a little olive oil.
Sardines should be eaten on a slice of wheat or corn bread. 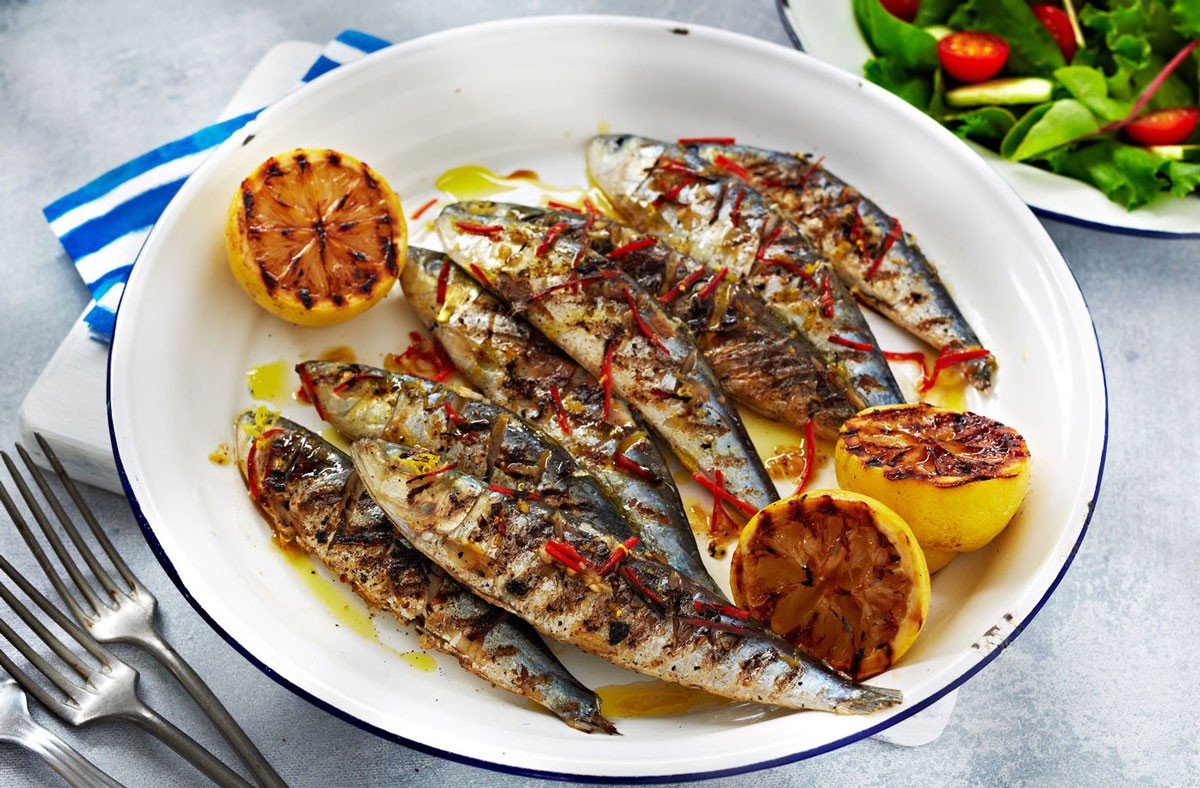 365 grs. almonds; 375 grs. of sugar; 6 egg whites; 90 grs. of flour; 1 tablespoon butter; pestle sugar.
Peel and grate the almonds. Beat the egg whites in castle.
In a pan combine almonds, beaten egg whites, sugar and butter. Beat all very well and bring to heat until it boils. Remove from heat, add flour, mix and return to heat stirring until the candy is thick enough to be tended.
Allow to cool completely and tense the dough into small ones with the help of pestle sugar.
Bake in a moderate oven on greased and floured trays.
Allow to cool and carefully remove from the trays with a spatula. 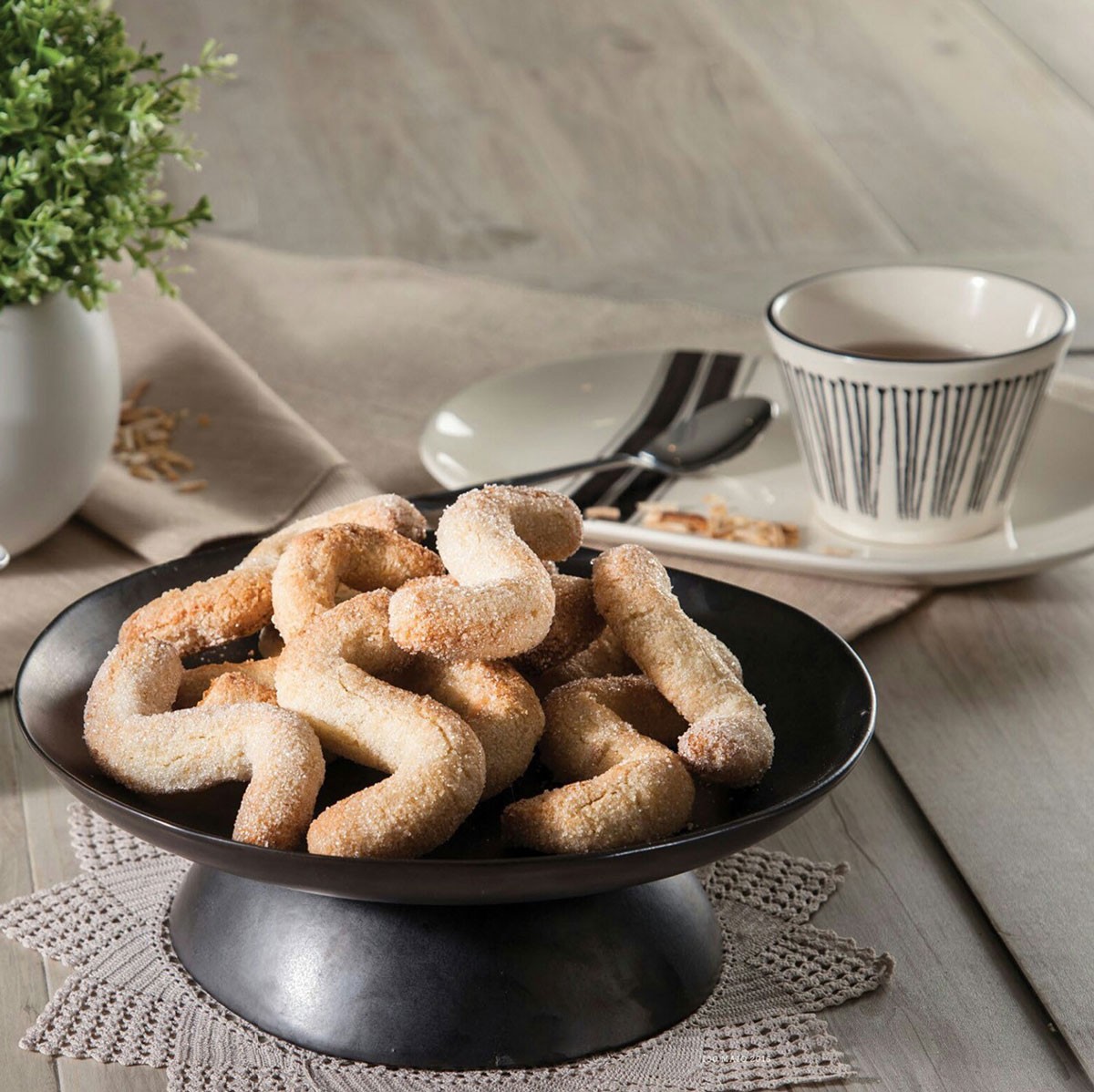 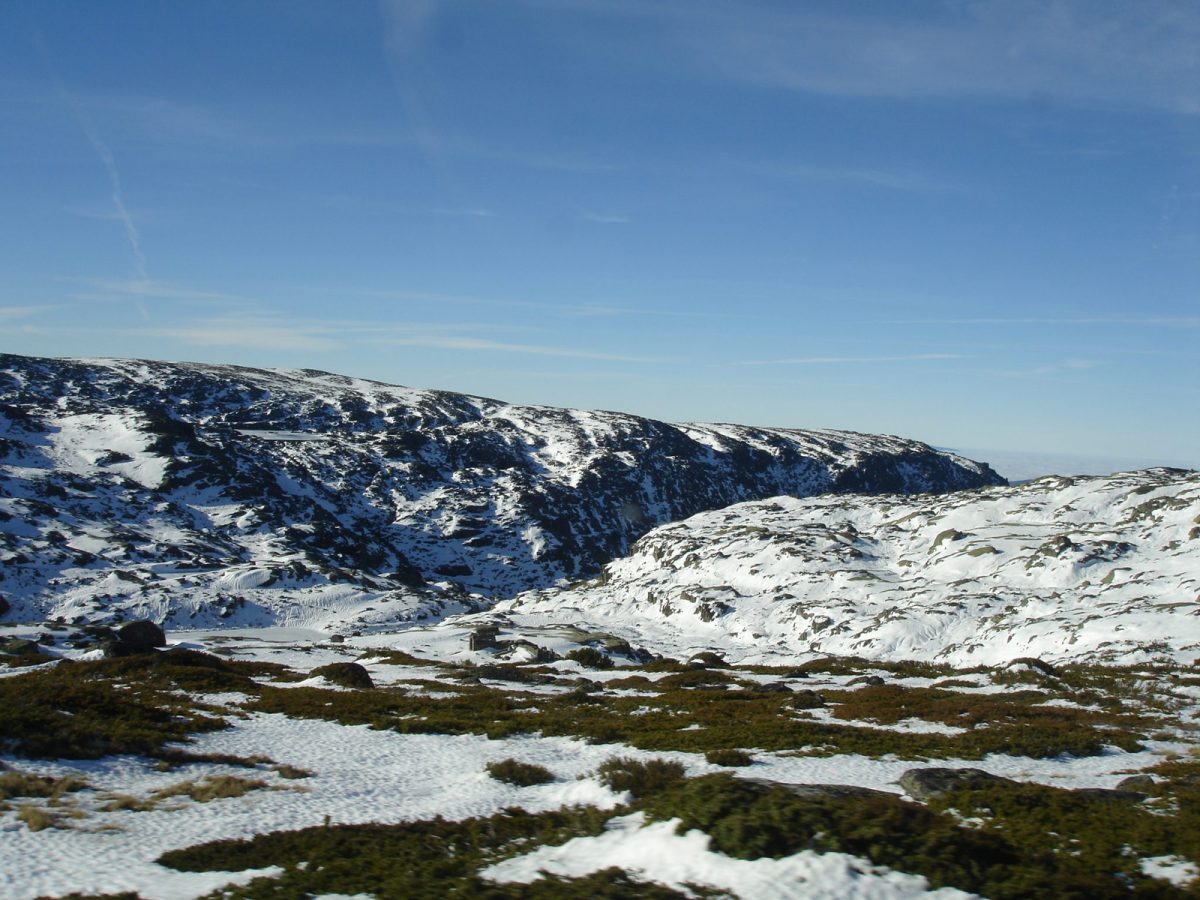 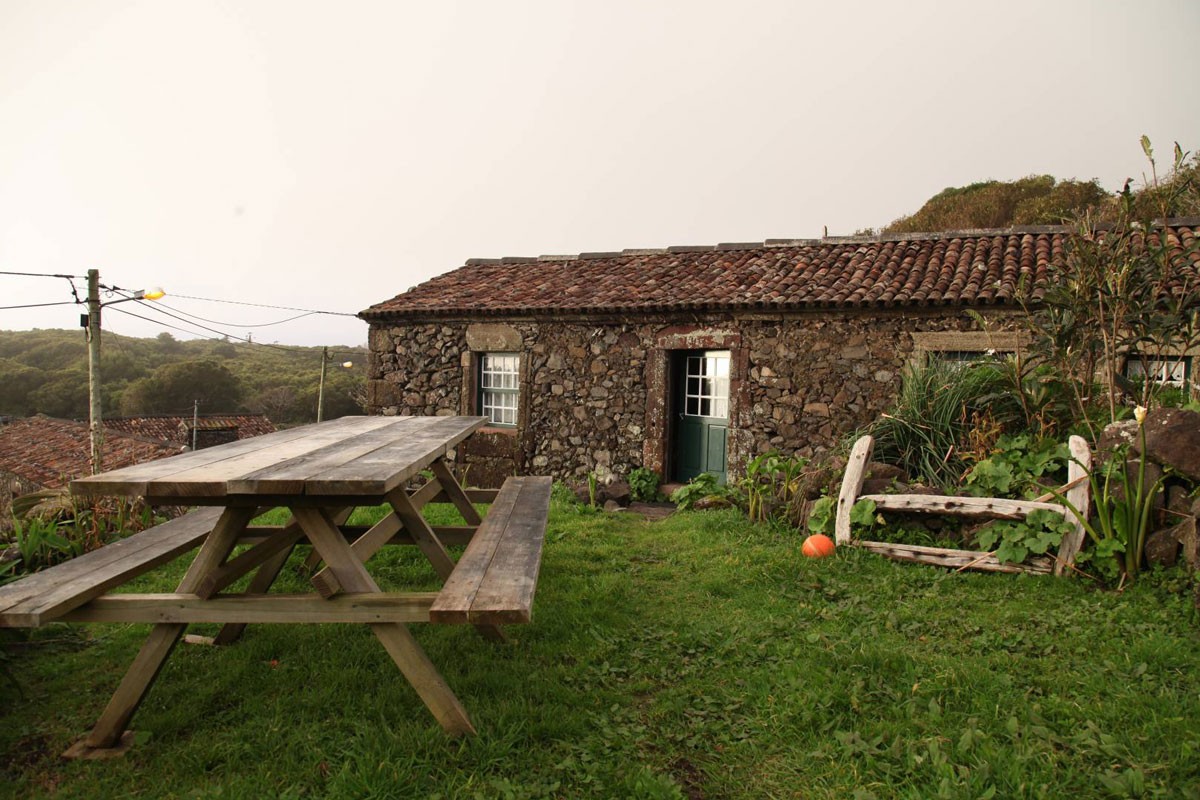 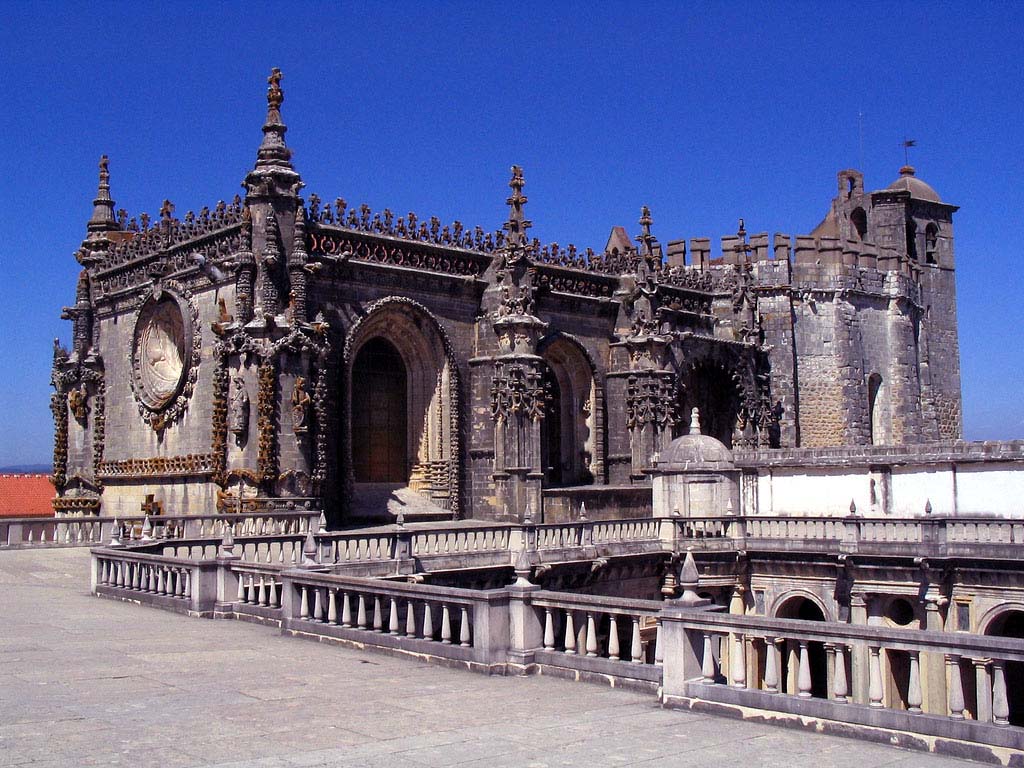