The report “Kew’s State of the World’s Plants and Fungi 2020” from the Royal Botanical Garden of Kew (RBG, Kew), in the United Kingdom, published today, has the participation of researcher Susana C. Gonçalves, from the Center for Functional Ecology – Science for People & the Planet, of the Faculty of Science and Technology, University of Coimbra (FCTUC).

This international reference report, which is already in its fourth edition, is a deep dive into the current state of the plant kingdom and the fungus kingdom on a global scale. The new data, the result of a vast and unprecedented international collaboration between 210 scientists from 42 countries, show how we currently use plants and fungi, what useful properties we still need to explore, and what we are at risk of losing.

According to the document, “plants and fungi are the building blocks of life on planet Earth. They have the potential to solve urgent problems that threaten human life, but these vital resources are being compromised by the loss of biodiversity“. The report warns of the pressing need to “explore the solutions that plants and fungi can provide to deal with some of the pressures that people and the planet face“.

This report presents for the first time a synthesis of new species for science compiled for both plants and fungi. The authors found that 1,942 plants and 1,886 fungi were named as new to science in 2019. Among these are species that can be valuable as food, drink, medicine, or fiber.

Scientist Susana C. Gonçalves participates in two chapters of the report: one dedicated to the importance of collaborations to ensure a sustainable future for everyone and another that assesses the risk of extinction of plants and fungi.

In the chapter that highlights the importance of collaborations to ensure a sustainable future for all, the researcher shares the conservation work that is being developed in São Tomé and Príncipe under the “Tesouros d’Obô” project. Along with the inventory of mushroom diversity, the project works with local communities to value and sustainably manage these resources, while improving their quality of life. “This community-centered approach, only possible with existing partnerships, is paving the way for a lasting solution in the conservation of the forest and fungi in São Tomé and Príncipe”, says Susana C. Gonçalves.

When asked about the actions that can be taken by individual citizens to protect the planet’s fungal biodiversity, Susana C. Gonçalves contextualizes: “if we want to bring the conservation of fungi to the forefront, we have to demystify misconceptions that persist throughout society, for example, fungi are still often mistaken for plants or mistakenly portrayed as enemies, and we need to challenge indifference to fungi. Ultimately, we are only concerned with protecting what we love”. 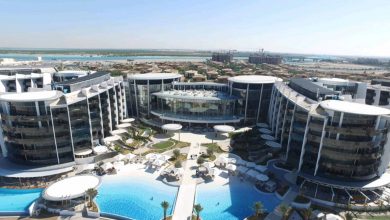