Samuel Úria returns with “Canções do Pós-Guerra”, his most mature and direct album ever. It’s not a trip to hell, but a long season in purgatory.

An album that questions post-modernity and the collective failure of all of us without exception. There are no certainties and, in fact, there seems to be no future. The end of history and the naturalization of punk have long been declared, but at least we have tried.

And more than the ends, processes and experience are of interest. In between, rays of light and hope emerge, the possible happy endings that we long for, anchored in the certainty that life goes on, deserves to be lived, and that love is worth and triumphs.

One month before the expected arrival of this new album, Samuel Úria reveals another theme: “O Muro”.

“We swallowed hard and clashed head-on with a visceral song of love and forgiveness, about the difficulties of communication and expression of affection, about the difficulty of loving and being with someone. A hard but moving, and disarming song, asking for a happy ending.”

“Canções do Pós-Guerra” hits stores on CD and vinyl on 18 September. It is already available in pre-sale at FNAC, with access to an exclusive showcase. 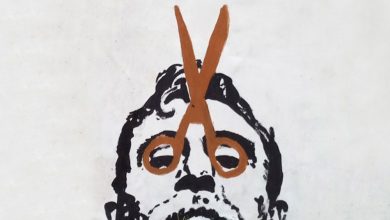