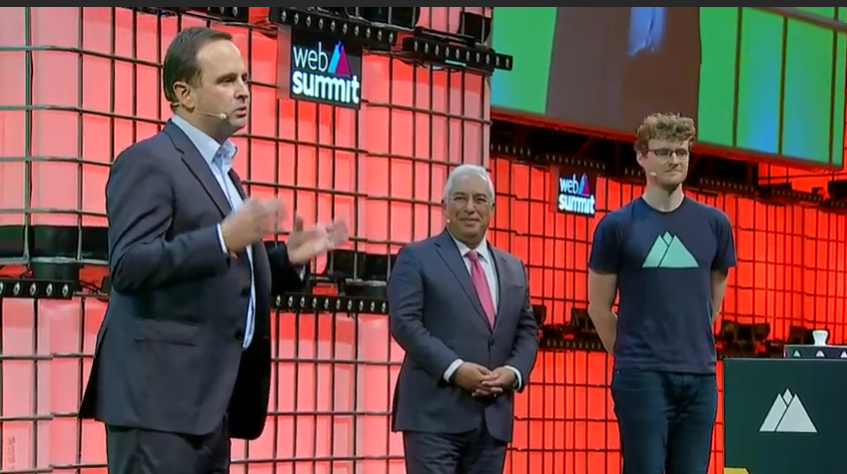 The prime minister said today that the Web Summit is a “world showcase” for Portuguese startups to internationalize and mobilize foreign capital, but also a bank of ideas to introduce innovation in state services.

These ideas were conveyed by António Costa at the end of a long visit by dozens of national startups present at the Web Summit – where he was accompanied by his wife, Fernanda, by the mayor of Lisbon, Fernando Medina, by the ministers Deputy and Economy, Pedro Siza Vieira, and Planning and Infrastructures, Pedro Marques, as well as Secretary of State Eurico Brilhante Dias.

“The Web Summit is not only an event to bring foreigners to Portugal but also an excellent opportunity to encourage the Portuguese to undertake and to encourage all who are leaving our universities to develop their businesses. a huge showcase for the world over those who have already created their startups and are here looking for partners, new customers, new human resources to expand, “said the prime minister.

At the end of a two-hour visit, António Costa spoke to young entrepreneurs from various parts of the country, listening to explanations about technological products dedicated to the management of parking lots, local accommodation, for the simplification of information provided from ‘ software’ or, more scary, for detailed study on the tranquility of a candidate in a job interview.

“They are companies that have products and services of the greatest variety and that demonstrate well the dynamism of our startups and entrepreneurship ecosystem. We must continue to strengthen if we want to continue to create better jobs, with better salaries and, for that, it is fundamental bet on this innovation, “said the leader of the executive.

Speaking to the journalists, António Costa emphasized the idea that his government supported 200 Portuguese startups this year in order to be able to attend the Web Summit without having to pay the very high rate of presence.

“The generality of those I have contacted are lively, already on the market, have customers and therefore have some success. Obviously, here at the Web Summit, they have a good opportunity to internationalize, reach the world, beyond market they already have in Portugal, “he said.

The prime minister then pointed out that the three national “unicorns”, technological companies that reached a capital of one billion dollars, had a similar course to that of many of the current Portuguese startups.

“They have made themselves known and mobilized foreign capital. There are people around the world looking for good ideas and new companies,” he said, adding that the Web Summit “is also a great bank of ideas for the State and for the public administration “.

For the executive leader, public administration has one advantage: “It has a huge data resource, which helps companies develop and train their applications.”

During the visit, António Costa experimented with innovative glasses designed for shopkeepers in the care of their clients and had a coffee served by an astronaut.

“This is another good example of Delta’s ability to innovate.” Last year, they had a machine that beat gravity, delivering coffee from the bottom up. This year coffee came from space on a portable machine to get our spouts”, commented António Costa with evident satisfaction.

But this coffee “from space” served to António Costa to reinforce a personal conviction: “We are facing the demonstration how, even in things as traditional as taking a spout, there is always room to innovate.